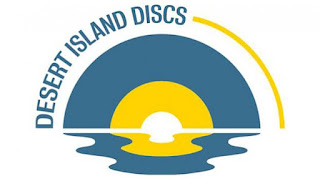 The longest- running BBC radio show is "Desert Island Discs". It lasts for an hour - during which the week's special guest chooses eight recordings - usually songs - that he or she would choose to take to an imaginary desert island. The guest also gets to choose one luxury to take with them and a book too. Towards the end of the show, the guest is asked which one of their eight recording choices they would select if they could only take one.

Last weekend the guest was a woman I have long admired for her wordsmithery and her wholesome sense of humour - Pam Ayres. She has become a national treasure having first appeared on a TV talent show back in 1975. The songs that she chose to take to her desert island were:-

Interestingly it was the song by The Fureys that Pam Ayres picked if she were only allowed to take one. I hadn't heard that plaintive song in years. There are various different versions of "When You Were Sweet Sixteen" and here are three of them:-