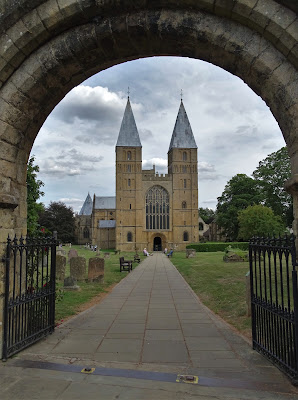 Southwell is situated in rolling countryside fourteen miles north east of the city of Nottingham. Until Saturday, I had never been there before but the idea of visiting the little town had been in the back of my mind for quite a while.

Only 7000 people live in Southwell but it boasts the most significant church in all of Nottinghamshire - Southwell Minster. Upon the site of this magnificent twin-towered building a church was founded by St Paulinus in around 627AD. The Anglo Saxon chronicler, St Bede, referred to holy baptisms in the nearby River Trent during the same century. The "-well" in the town's name suggests that at some time a holy water source may have endowed the place with special religious significance that probably pre-dated  both the Christian era and the arrival of the Romans. 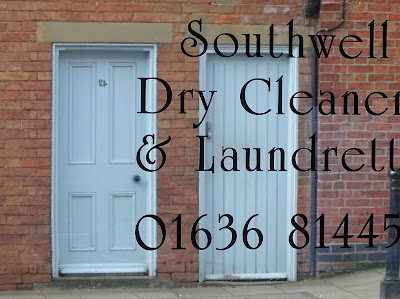 The remains of Eadburh, Abbess of Repton and daughter of Ealdwulf of East Anglia were buried in Southwell's original Saxon church. Later - in 956AD, Eadwy of England donated land in Southwell to Oskytel the Archbishop of York. That link with the Archbishopric of York remains strong to this day. 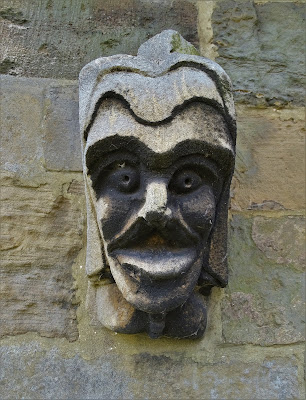 After my long circular walk out of Epperstone, I was rather fatigued and slightly woozy because of the heat that had accompanied my plodding. In the minster, a wedding was in process but the wedding party were all gathered near the altar with its adjacent choir benches. The service was being relayed over the minster's sound system and so I heard both the bride and groom say "I do". Soon the lofty ceiling of the great cathedral was filled with joyous singing from the assembled wedding guests:-
Love divine, all loves excelling,
Joy of Heav’n to earth come down;
Fix in us thy humble dwelling;
All thy faithful mercies crown!

It was almost four in the afternoon and I was hungry. I headed for "The Crown Hotel" for a rump steak with chips (American: french fries), peas and grilled tomatoes - washed down with a cold pint of orange cordial and soda water. There I met a silver-haired man called Dennis who had escaped from his alcoholic wife for the afternoon. He advised me that Southwell's name is pronounced exactly as it is spelt and not the pretentious "SUH-thull" that some, including the BBC, seem to favour.
Afterwards, I strolled around the handsome  town. It had an air of prosperity and civic pride. There were many lovely houses including Burgage Manor where Byron the poet once lived with his mother. Apparently, around 1806, he  had a scandalous affair with the daughter of one of the town's well-to-do families. That's poets for you!
I wish I could have stayed longer and perhaps undertaken another long walk in the town's vicinity but it was by now six o'clock and time to head back to Sheffield - an hour away. It had been a grand day out. 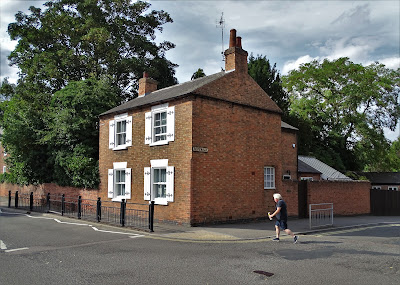