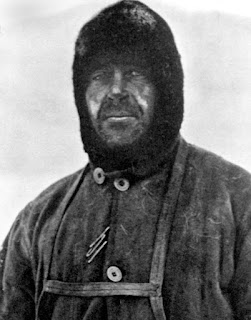 On this very day in 1912, Captain Robert Falcon Scott died in a tent in Antarctica. This was his final diary entry:- 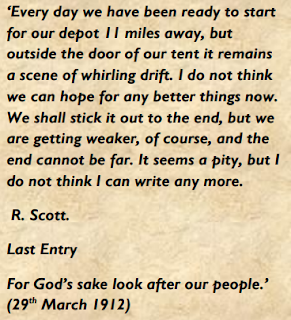 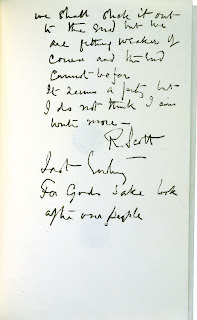 Several weeks earlier, on January 12th, his polar expeditionary party had successfully reached The South Pole only to discover that a Norwegian team had made it there just five weeks before. Planting a British flag on the pole was meant to be a newsworthy moment that would once again confirm Britain's greatness in the post-Victorian world but the pesky Norwegians got there first. Scott wrote "God! This is an awful place! ...The worst has happened."

Two weeks after Scott's death in the bitter white emptiness of Antarctica, the "Titanic" went down in the North Atlantic. That ship was also meant to symbolise Britain's greatness. A huge, "unsinkable" ocean liner - the biggest and most luxurious ever built - and yet it went down on its maiden voyage.

In both cases, human error ensured disaster. Scott experimented with snow tractors and hardy ponies when the Norwegians under Roald Amundsen stuck with dogs to assist their arduous journey over the icy continent. And Captain Edward Smith, aboard the "Titanic", plotted a foolhardy course to New York in order to beat the existing transatlantic speed record.

Today, March 29th 2019, British parliamentarians continue to engineer another self-made disaster as they wrangle about leaving The European Union in a scene of "whirling drift". "I do not think we can hope for any better things now"... "For God's sake look after our people."
- March 29, 2019