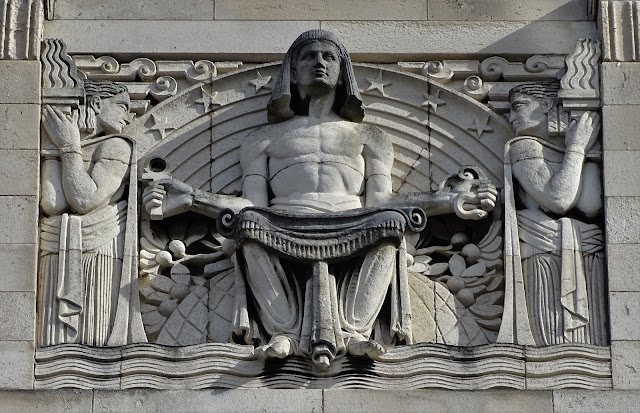 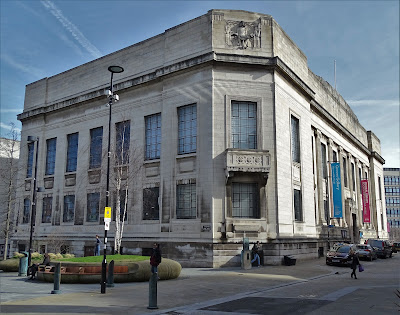 Ahove - Sheffield Central Library. Can you see the art deco frieze on the corner parapet? This splendid civic building was opened in 1934 by the then Duchess of York - mother of our beloved Queen Elizabeth II. Sadly, there have been rumours that the library might be sold to Chinese hotel developers - causing much public outrage.

It was the day I went to see the Leonardo exhibition. After leaving The Millennium Galleries I walked through The Winter Gardens and took several pictures of the steel balls below. One ball appears to be larger than the other ball which, I understand, is not uncommon:- 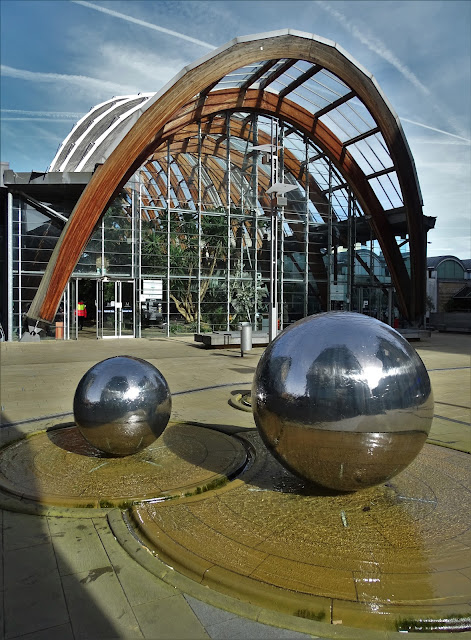 And then it was onward to Pinstone Street where I snapped this picture of Sheffield's magnificent Victorian town hall which was opened by Queen Victoria herself in 1897. The interior is even more magnificent. The entire building speaks of civic pride and of Britain's wealth and self-belief at the height of its powers in the Victorian era:- 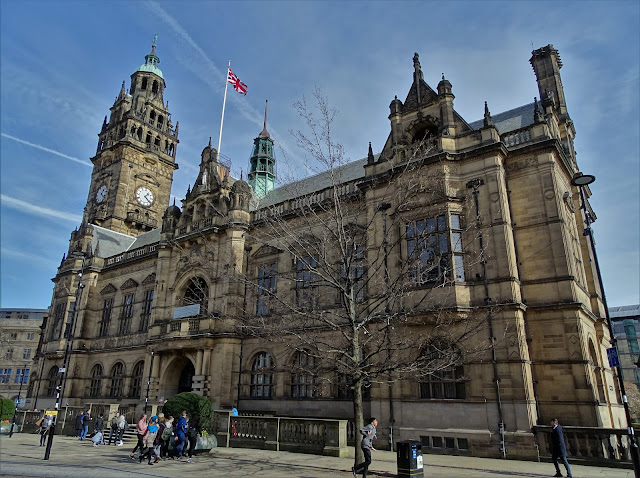 Just round the corner in Barker's Pool you find Sheffield's equally magnificent City Hall, opened in 1932. It holds a special place in my heart because in 1972 I visited Sheffield for the first time in my life to attend a concert in the city hall. I was there with a school friend to see Buffy St Marie and Loudon Wainwright III. Little did I know that night that six years later I would find myself living in the city.I have been here for over forty years. 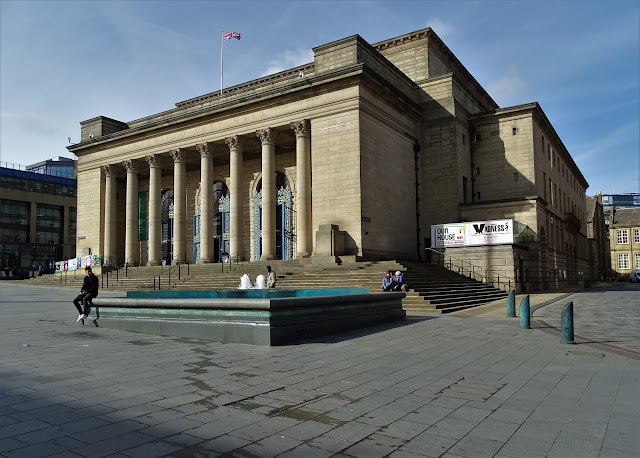 As I enjoyed a pub  lunch in "The Frog and Parrot", I noticed the David Bowie mural on the corner of Division Street and Trafalgar Street. To be frank, I think that the image looks nothing like Bowie but sometimes in life and indeed street art, it's the thought that counts 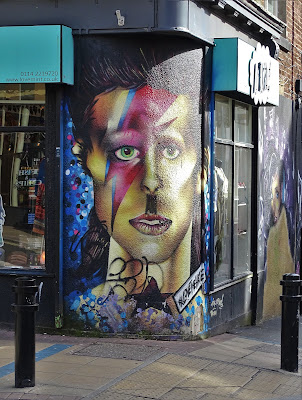 My snapshots give a glimpse of Sheffield's city centre. Back in 2005 I blogged about my home city for the first time and received comments from Free Thinker, Stony and Tara. These occasional visitors disappeared long ago so I thought it might be a good time to tell current Yorkshire Pudding visitors something about this great northern city.
- March 17, 2019