After my memorable trip to the mean streets of Mumbai and after narrowly avoiding an unintended blog implosion, it's time to retreat to my number one comfort zone - walking.

Walking is one of the best things a healthy human being can do. When you walk you see things. When you walk your blood pulses through your veins and your lungs are exercised. You burn off calories and your mental state is improved. Nature never intended that human beings should spend hour after hour sitting on their backsides.. We have legs so we should use them. (My apologies to anyone reading this who has mobility problems)

That's my promotional message over. Now to the practice.Walking. With pictures.

When Shirley and I were in the nation's capital recently, we stayed in our daughter's flat in Wood Green. On Sunday February 24th, the weather was far too lovely to stay indoors so we went to an area of north east London called Walthamstow Wetlands. There are several reservoirs there and The River Lea passes through, making its way to The Thames. 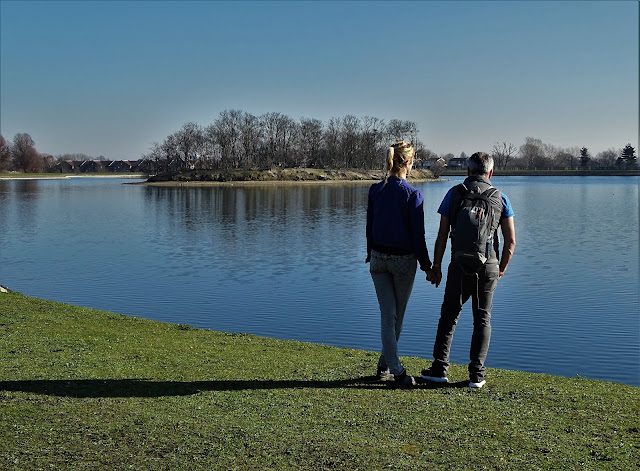 If you were so inclined you could walk for six miles amongst the manmade lakes but we covered just two miles under a cobalt blue sky east of Tottenham. There were distant views of Stamford Hill and Canary Wharf and I saw new apartment blocks rising up in the Black Horse Lane area of Walthamstow, surrounded by yellow cranes. 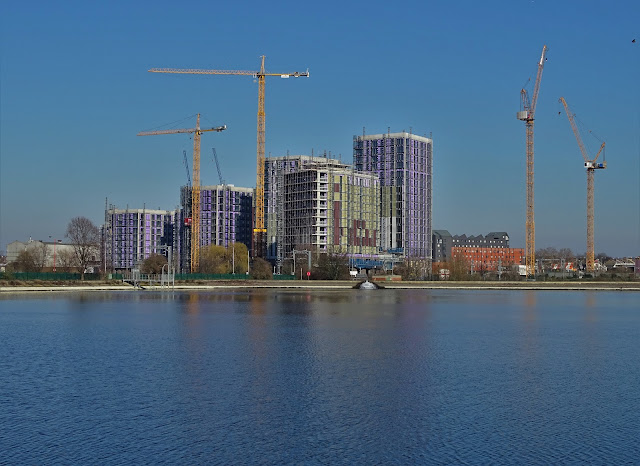 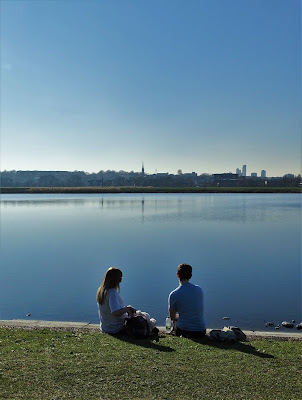 Fast forward to Tuesday afternoon.I parked on the edge of the Derbyshire town of Bakewell, not far from a preparatory school called St Anselm's. Then I walked down to All Saints Church, in which I saw the marble effigy of a baby and the tomb of Sir Thomas Wendesley who was killed at The Battle of Shrewsbury in July 1403. 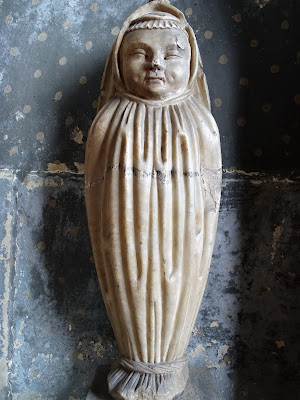 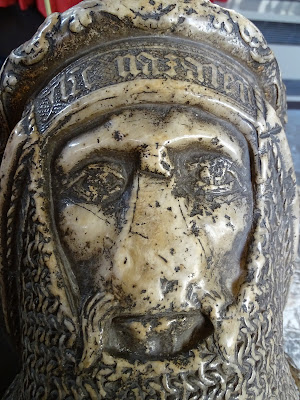 I crossed the River Wye via the town's old bridge and then walked two miles south of the town to Over Haddon before taking a different route back to Bakewell.
As I was climbing up out of a little valley near Burton Closes, I was surprised to see a schoolgirl on her own walking towards me. She was in school uniform and was probably twelve or thirteen years old. It was one o'clock in the afternoon. If she had screamed, nobody would have heard her at that location. I wondered if her parents or indeed her school knew about her solitary rambling. In this modern world which is allegedly fraught with danger, it is almost taboo for young girls to wander along country paths on their own. I hope she makes it safely to adulthood.

Soon I was back in Bakewell. I hoped to buy a Bakewell pudding from Ye Olde Puddinge Shop but when I drove Clint into the car park in the market place the parking ticket machines announced that the minimum fee was £1.50. I only wanted to stop for five minutes so I forgot the Bakewell pudding and drove home.
- March 07, 2019