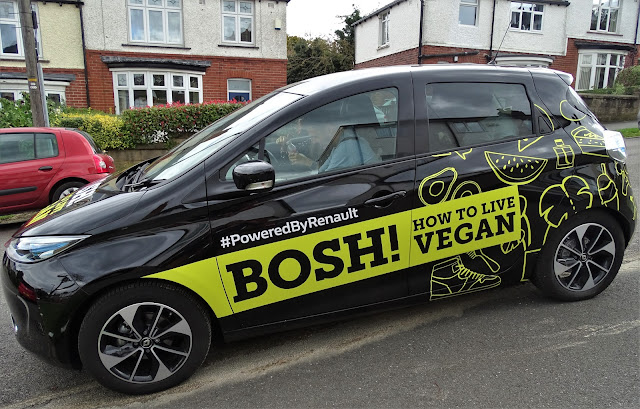 Our son Ian and his Bosh! chum Henry have just launched their third book. It is called "How To Live Vegan", This one is not a recipe book: instead it is a kind of manual for vegans and would-be vegans.

Currently the lads are on a tour of the country giving talks on their new book at various venues including Waterstones bookshops. Shirley and I saw them on Saturday afternoon at The University of Sheffield. They were interviewed by Paulette Edwards from BBC Radio Sheffield in front of a hundred and fifty ticket holders. 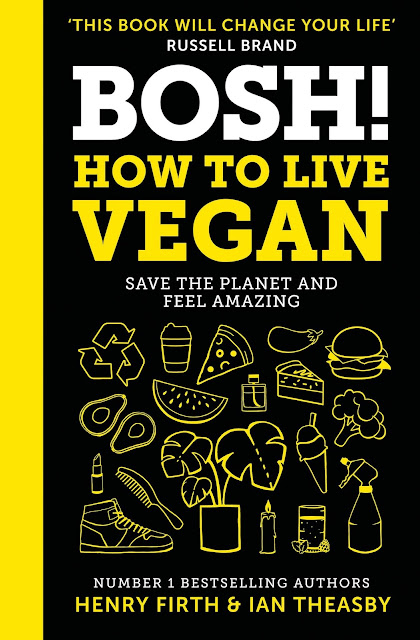 Linked with this book launch, the Renault car company have customised the black  bodywork of their  Renault Zoe - an electric car that Renault have loaned to them free of charge since last winter. Who knew that the French could be so generous?