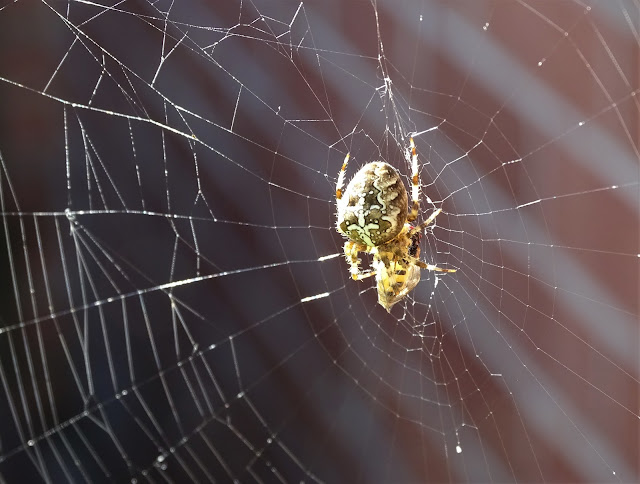 Six recent images to share with you today. All previously unpublished in this humble Yorkshire blog. Above - a spider I spotted just outside our front door. He or she had crafted a web between our little conifer tree and the bracket of our hanging basket. The arachnid is a European garden spider or araneus diadematus. It is pretty common in England. This particular one is called Jacob Rees-Mogg after an especially obnoxious politician. My apologies to the spider.

Below, as I walked past Trafalgar Square in London late on Saturday afternoon, I noticed how magically the fountain had been backlit by dipping sunshine. To the left you can see the base of Nelson's Column with its recumbent bronze  lions by Edwin Landseer. I remember when I first visited Trafalgar Square as a boy there were flocks of pigeons but nowadays their presence has been hugely reduced and there are no more corn sellers. 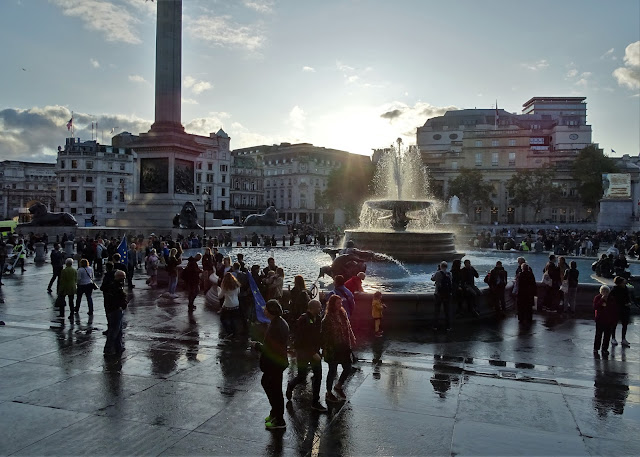 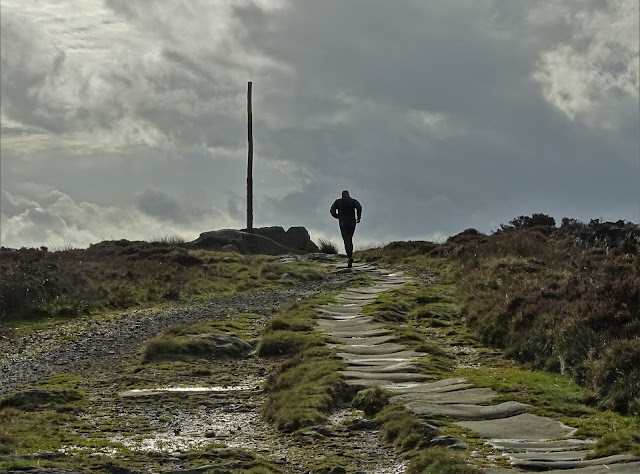 Above - a fell runner is about to reach Stanage Pole on the moors west of Sheffield. The pole stands by an ancient track that was once trodden by Roman soldiers and medieval drovers and carriers. Below in the Nottinghamshire village of Upton I spotted a yapping hound. She was watching me but  - How much is that doggie in the window? 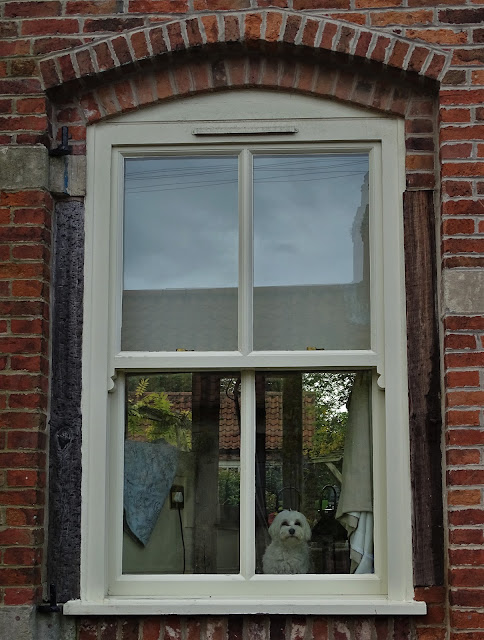 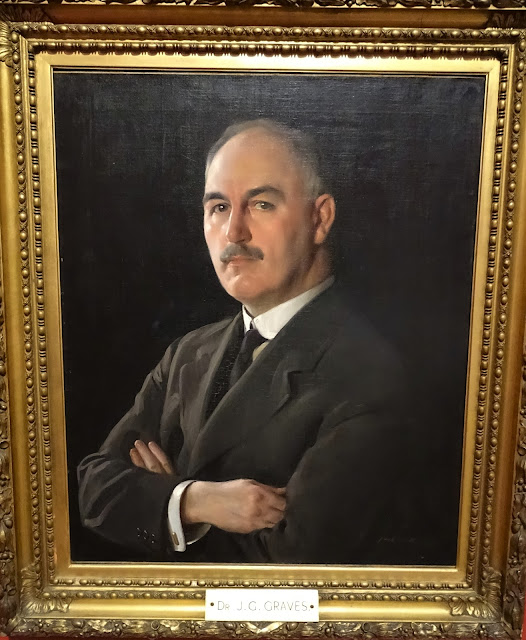 Above, a portrait of one of Sheffield's most generous benefactors - seen in The Graves Gallery - named after him. He was a self-made  man  who arrived in the city from Lincolnshire with nothing. By the time of his death in 1945, J.G.Graves was fabulously wealthy having developed an extremely successful mail order catalogue company. He gave a great deal of his wealth back to the city. Like the art gallery, Graves Park is also named after him.

Below - I spotted this memorial on my way to Marble Arch in London. It remembers Raoul Gustaf Wallenberg, a Swedish architect who saved tens of thousands of Jews in Nazi-occupied Hungary during the Holocaust from German Nazis and Hungarian Fascists in the later stages of World War II. He died in  mysterious circumstances in Moscow in 1947 while imprisoned by the K.G.B.. 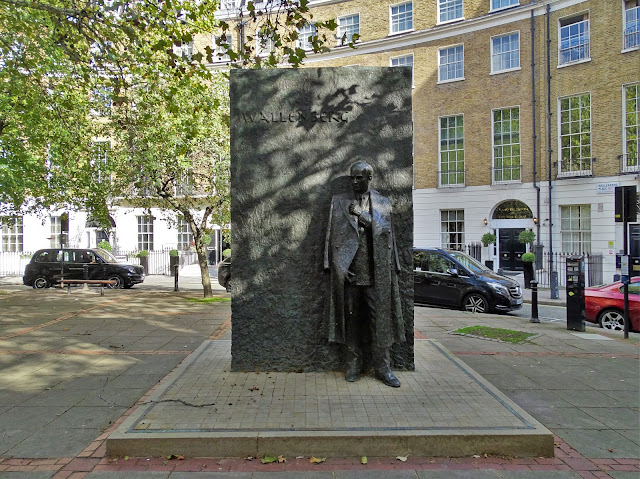