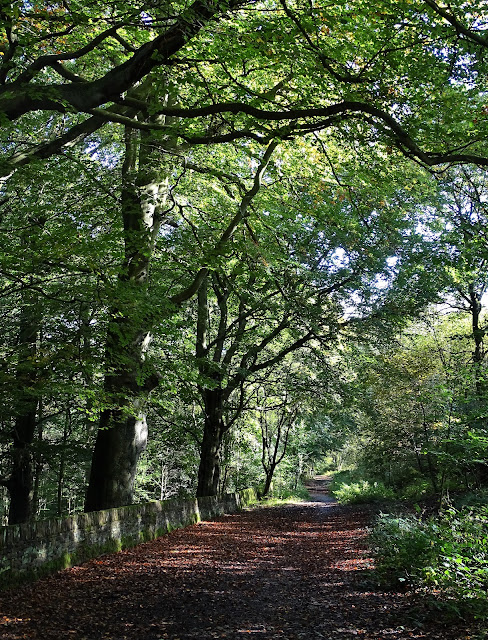 Well, how does a stout, curmudgeonly Yorkshire geezer celebrate his 66th birthday?

Let me tell you my friends, there was no party. No jelly and ice cream. No Pass the Parcel and no kids crying when they got hooked out of Musical Chairs. No ten shilling notes to be found inside birthday cards and no magicians making sausage dogs from balloons. No, it's not like that at 66.

After a shower, I was dressed by eight thirty. A mug of morning tea. Open birthday cards and a couple of gifts. A new garden gnome and a pair of walking trousers. Wrong waist size I'm afraid.

Clint agreed to take us up to "The Hidden Gem" for breakfast. It is located behind Bents Green Special School and there are always one or two helpers with special needs. I chose eggs florentine. Two perfectly poached eggs on a bed of toasted muffin, spinach, grilled flat mushroom and hollandaise sauce. As delightful as the last time we visited the place.

At midday, I went to Shorts Lane near Dore, donned my boots and walked for an hour. My regular walk just ten minutes from home. I snapped the picture at the top of this post on my way to Totley Bents.

Back home, Shirley and I were soon on a Number 81 bus heading to The Showroom to watch the 2.20 screening of a British independent film called "Bait". Created last year, this quirky black and white film is set in a Cornish fishing village and reveals dramatic tensions between the established community and holidaying incomers. Very enjoyable. 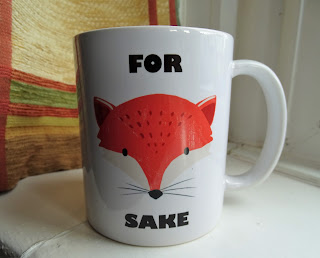 Back home and soon afterwards two "Moonpig" parcels arrived from The Beloved Daughter. Chocolates and a new mug with "For Fox Sake" written upon it with an image of a fox.

Six thirty and we are sitting in Kia's Pastaria on Abbeydale Road. I have vowed to visit this place for ages as it gets such glowing reports in Trip Advisor. The service was excellent and the pasta dishes we chose were indeed very good but somehow that "wow!" factor I had been expecting was missing.

Nine p.m. and I am up at "The Hammer and Pincers" for the Tuesday night quiz. Team member Mike is away in Sicily so it was just me with Mick. We didn't do too well but we knew - for example - that Rocky Balboa's fighting name was "The Italian Stallion". After drinking two pints of Stone's bitter I started to feel rather queasy. All that pasta - it was like it was swelling up in my belly.

I caught the 88 bus home where Shirley was watching a documentary about junior doctors. I stayed up to watch "Democracy Now" on our local TV station. More outrageous news about Donald Trump's arrogance and his devilish tricks - crudely designed to thwart justice and transparency. Meantime we now have our own mini-Trump employing similar tactics as he attempts to "Get Brexit Done!"...When we get a pet animal "done" we get it neutered!

So that dear blogpeople was my 66th birthday. And today, if John Lennon hadn't been gunned down in 1980, he would have been 79. I wonder what he would have thought of Trump and Johnson. 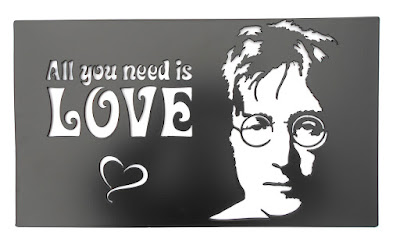