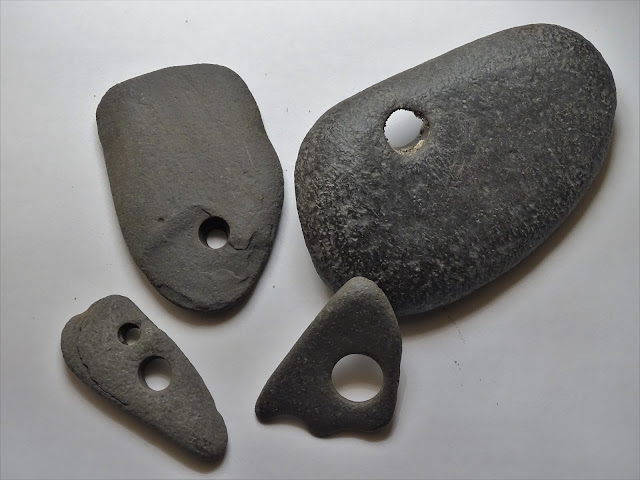 In our house there are plenty of stones. They are souvenirs of places I or we have been and they were all free. Most of the stones were picked up on beaches but I also have stones from the summits of Ben Nevis, Scafell Pike and Snowdon - the tallest mountains in Scotland, England and Wales.

I don't just pick up any old stone and I never really plan to collect one. It just happens.

Stones are not made from plastic. They are perfectly natural. They have mostly been around since long before the time of the dinosaurs. Some of them came from the bottoms of primordial seas, some spurted from ancient volcanoes, some were carried by ice and some have been rubbed or shaped by the ocean over several millennia. These are invariably the sort of stones you will find on beaches all over the planet. 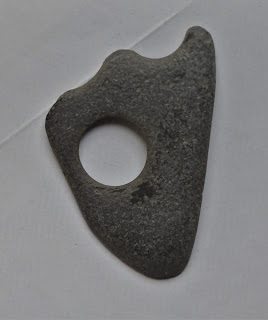 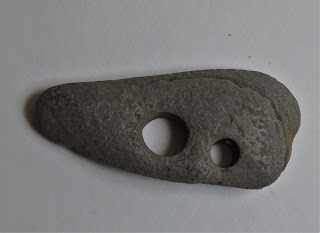 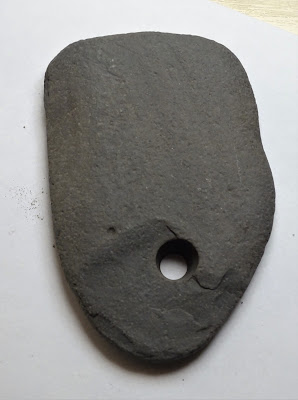 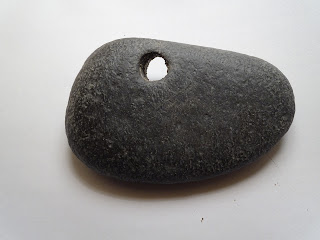 Last week, as I walked by The North Sea - along the beach from Whitby to Sandsend, I picked up the four stones that illustrate this post. I imagine that the holes were caused by pieces of grit that ground out tiny hollows before equally tiny pebbles continued that grinding process. The exact circularity of one or two of the holes is, I think, quite amazing.