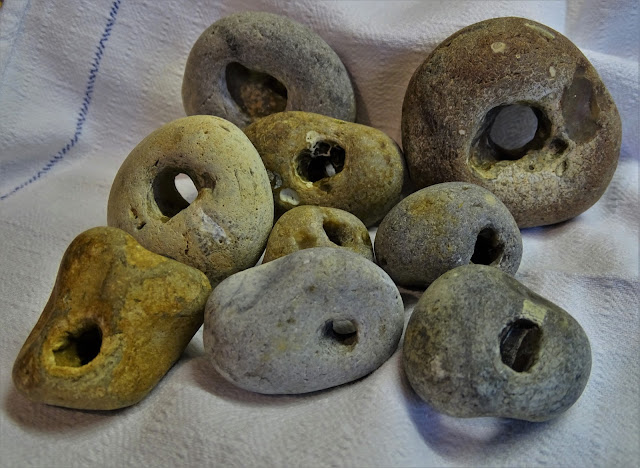 Recently, I showed visitors some holey stones that I had found on the North Yorkshire coast between Whitby and Sandsend. Helpfully, Lily Cedar from Canada informed us that such stones are sometimes called hags or hag stones. She herself had gathered a few when visiting Winchelsea on England's south coast. I must admit that I was previously unaware of  the term. 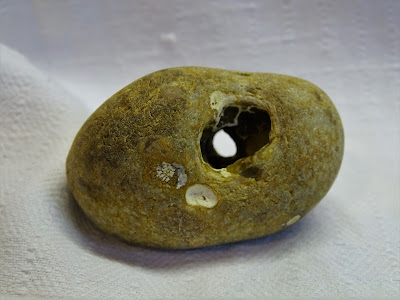 Further research told me that they may also be called adder stones. It seems that stones with holes in were much prized by ancient cultures and were often endowed with mystical qualities. For example, they might be used to ward off evil spirits.

The "Magick" website says this: "Hag Stones can be any type of stone as long as they possess a natural hole through it and if in your possession, should be considered a sacred object."

The website goes on to claim: "Hag stones are said to have many uses. They have been used by witches worldwide for centuries in both rituals and spell work. They also have been used, ironically, as a toll to counteract a witch’s magic. Legend has it that they can be used to ward off the dead, curses, sickness and nightmares." 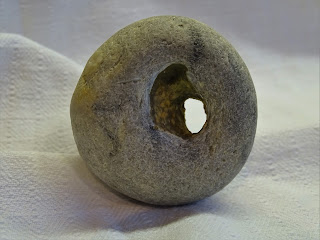 The hag stones shown in the photographs that accompany this blogpost were found on Orford Ness in Suffolk last year as Shirley and I walked south of the old lighthouse.

As I recall it was a very happy day. The sun shone and the brambles we picked while walking  on the ness were ripe and sweet. I even wrote a song that was inspired by that strange place and the nearby village of Orford. Some of you may remember it but if not, here's a link back.


I don't believe in ghosts or evil spirits or magic spells or curses so the hag stones I collected on Orford Ness  are just souvenirs of that place  and they remind me that one stormy day in the not too distant future Orford Lighthouse will collapse into The North Sea  and will then enter the realm of memory. 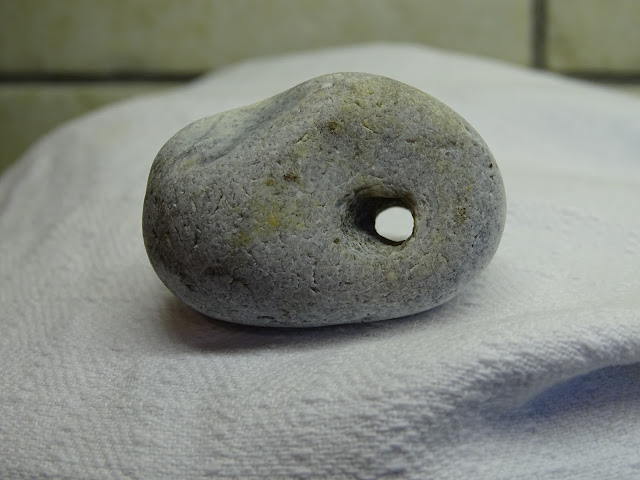