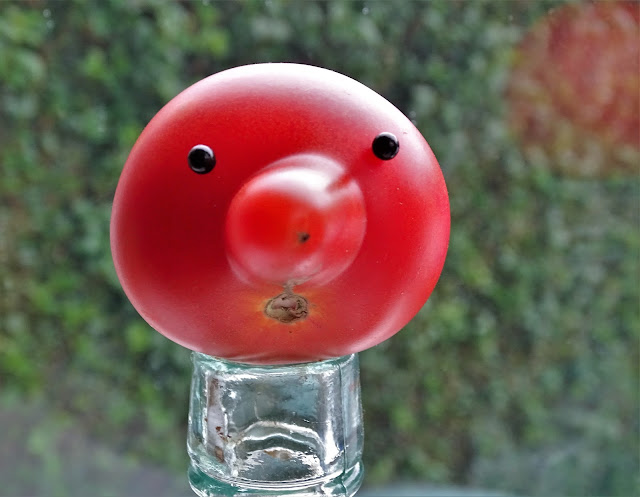 Once upon a time there was a tomato called Tommy. He grew up on a tomato vine. in a little greenhouse in Sheffield and he had a nose.

None of the other tomatoes had noses. Because of this they sneered at Tommy and called him cruel names like Pinocchio and Gerard Depardieu. Mostly they just called him Mr Nosey after the green Mister Man character created by Roger Hargreaves.

Not being accepted by the other tomatoes made Tommy very sad. He needed to get away from the torment and besides he did not wish to end up in a salad or sliced and roasted upon a sizzling pizza.

One evening in early autumn, when all the other tomatoes were sleeping, Tommy detached himself from the vine that had sustained him and crept out of the little greenhouse. He had no idea where he was going.

As Tommy did not have legs, he simply bounced along like a rubber ball. He bounced up the steps into the nearby house. Fortunately, the kitchen door  had been left slightly ajar.

There was a big man in there. Tommy had previously spotted him mowing the lawn and grumbling to himself. The big man was making tomato soup. Couldn't he hear the screams of the tomatoes as he sliced them?  Tommy was horrified.

Fearing that he might end up in the saucepan with the other tomatoes, he ran for his life.

Just at that moment, the front door of the house opened and the big man's wife stepped over the threshold crying, "Honey! I'm home!"

Tommy grabbed his chance and bounced outside. It was dark but Tommy was not afraid. After all, he was free! Good God Almighty, free at last! He smiled to himself as he bounced along, past the parked cars and the wheelie bins and a prowling ginger cat called Arthur and a scraggy fox called Ferdinand.

No more the hot greenhouse and the bullying peer group! Tommy was free at last and he could make of his life whatever he wanted to in spite of his bulbous nose. And as he bounced down to Endcliffe Park he sang "Tommy Can You Hear Me?" " -  from the rock opera by The Who. It felt so good to be alive and free. 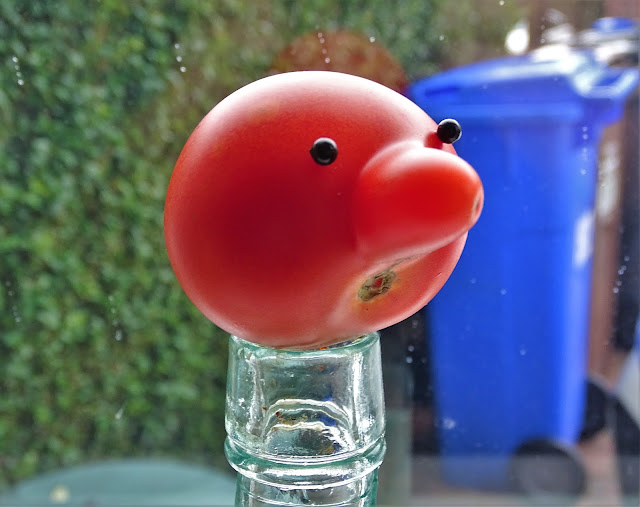