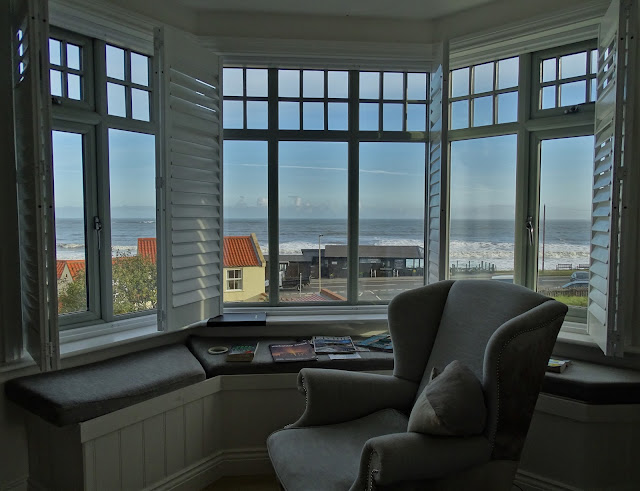 Above - the view from the house we stayed in at Sandsend on the North Yorkshire coast. Much of the time the sea roared as its white horses galloped up the shore. Two miles south angry waves destroyed several beach huts at Whitby.

Below - the view from Sandsend to Whitby. You can see the ruins of Whitby Abbey on the headland. That is where Abbess Hilda and the cowherd Caedmon dwelt.  Below to the left there's the entrance to Whitby's harbour. Captain James Cook learnt the most fundamental skills of seafaring right there. 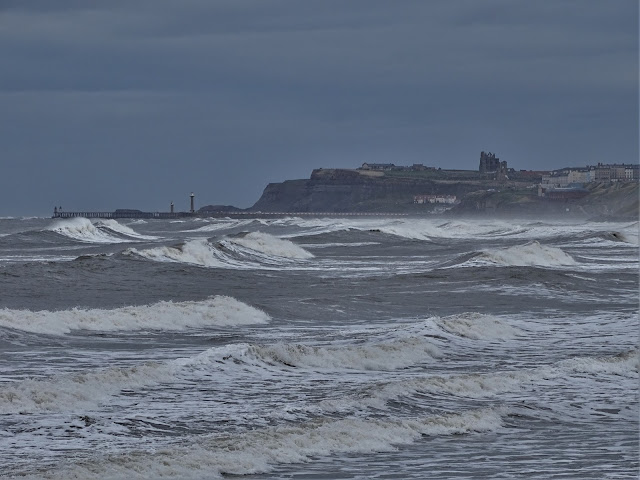 On Thursday we walked along the cliffs to Runswick Bay. There's Jackie and Glyn and Shirley on the left and Tony and Pauline on the right. It was a lovely coastal ramble and the daytime temperature was mild - almost balmy. 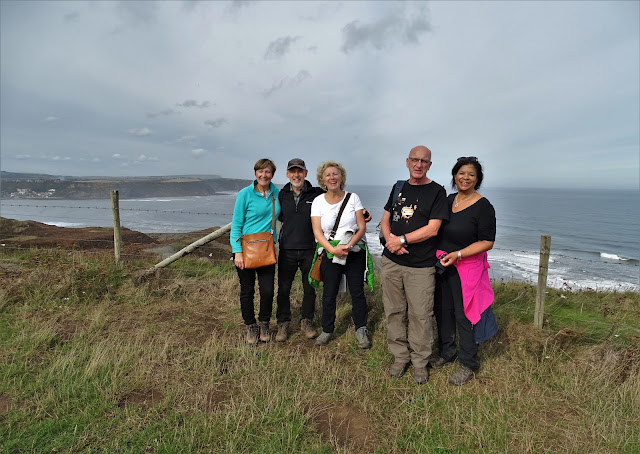 We reached the beach at Runswick Bay. Once the village was all about fishing and the sea. Nowadays it's about tourism and holiday cottages. There are no barefoot children any more or weathered old men smoking clay pipes or old women in black shawls fixing broken nets. They have all gone. 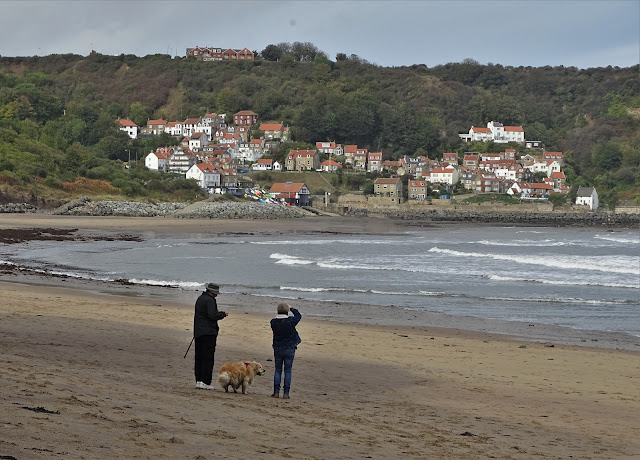 We climbed to the main coast road above the village and caught a service bus back to Whitby. Then later we walked along the beach back to Sandsend where we rested before going for dinner in "The Hart Inn".

This morning I woke far too early and went out into the pre-dawn, listening to the pounding of the sea. It was not one of those golden, rosy sunrises but a muffled, pale grey one. I saw a lone telephone box by a bus stop on the coast road. I took several pictures of it but this is the one I have chosen to share with you:- 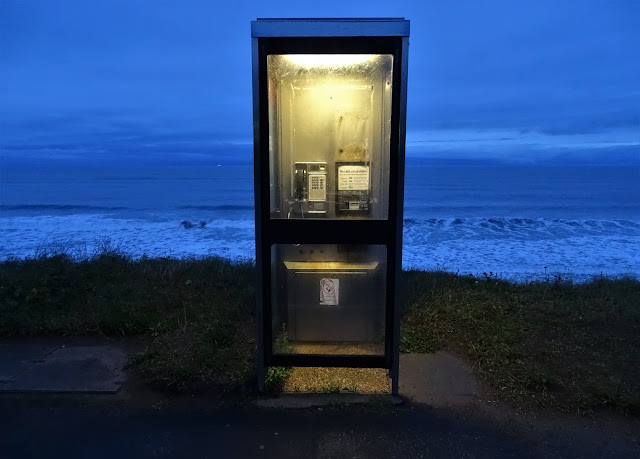 Three lovely days away with good  friends. Easy talking in a fabulous seaside house. Good food  and the sound of the relentless North Sea beating on the shore.  Maybe I will return to this blogpost in the future, remembering with warmth our splendid October excursion courtesy of Tony and Pauline.
- October 04, 2019