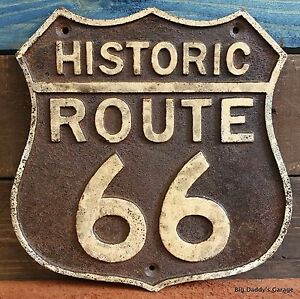 I have made it to 66 and now I'm on Route 66, heading to heaven via 67. Yes folks, 66 years ago today a beautiful baby boy was born in a school house bedroom in a village in the heart of The East Riding of Yorkshire. Dr Baker, the village G.P., was in attendance - but as I was my mother's third son, it was all a bit like shelling peas.

It is said that she completed a newspaper crossword during the delivery. I weighed in at 10 pounds and 10 ounces and my arrival screams could be heard in Brandesburton. When my father first saw me he said, "Christ! That's a big un!" He may have been referring to my general size.

My parents wondered what to call me and several silly names were suggested - including John, Bob, Steve, Tasker, Graham and Keith. However, not wishing to saddle me with a moniker that would burden me for life, they settled on an unusual yet rather sweet name - Yorkshire Pudding - partly because Dr Baker said I looked like one as I bust his weighing scales.

We have a Route 66 in England too. It is the A66 and it heads over The Pennine Hills - linking Scotch Corner in Yorkshire with the Cumbrian market town of Penrith. So as I travel down the road from 66 to 67, I shall sing:-

Get your kicks on the A66 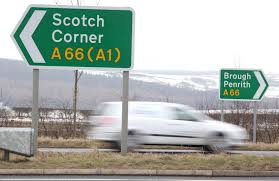