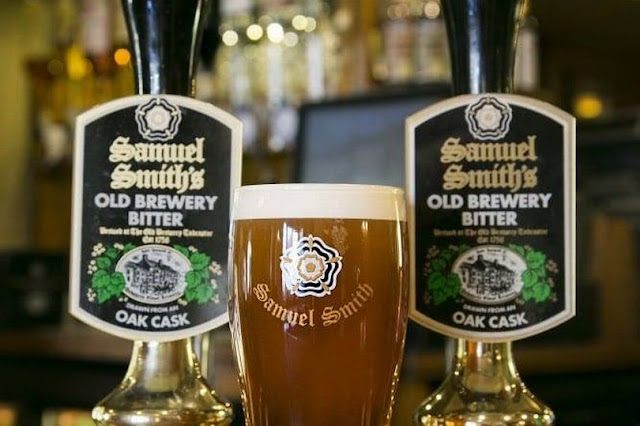 Samuel Smith's brewery is  in Tadcaster, Yorkshire. As well as producing beers, the brewery runs some two hundred pubs - mostly but not exclusively in Yorkshire. The chairman of the brewery is an eccentric old man called  Humphrey Smith and he tries run the pubs as if they were his own personal fiefdom - often disregarding current social mores and indeed employment legislation.

There's a Samuel Smith's pub in the centre of Sheffield. It is called "The Brown Bear" and last week I nipped into the entrance lobby to take these pictures of notices to customers:- 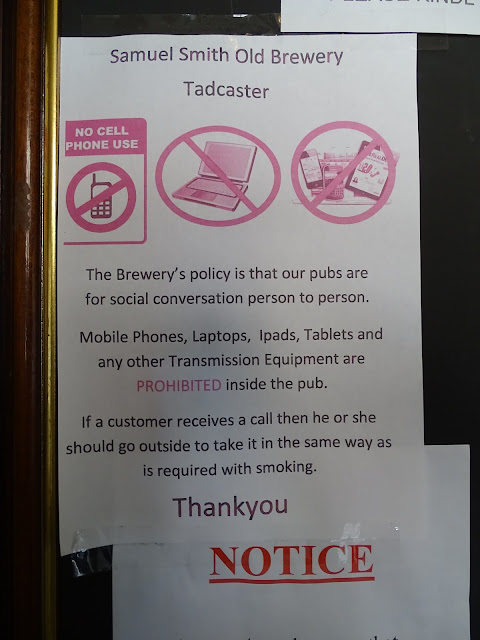 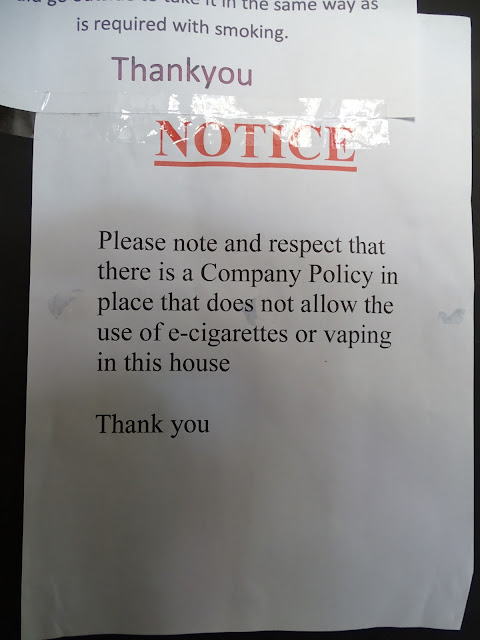 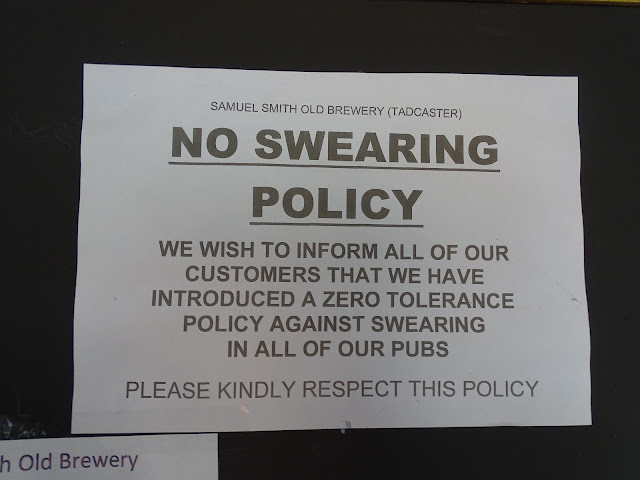 No swearing, no mobile phones or laptops, no vaping or e-cigarettes and in addition I should add that there's no music, no television sets blaring out sports programmes and the bar staff are not allowed to have visible tattoos or piercings.