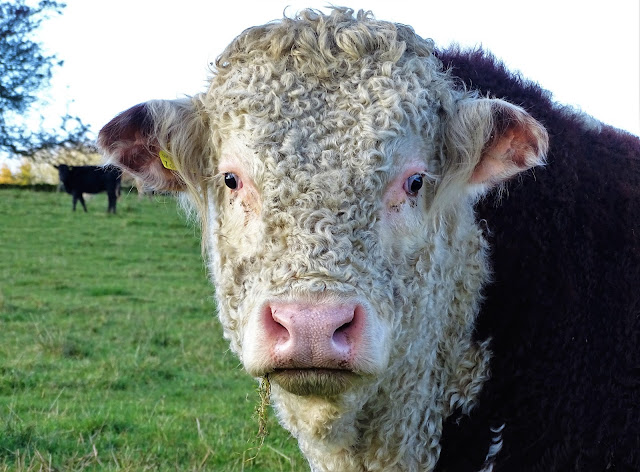 The Peak District National Park straddles four counties - Yorkshire, Derbyshire, Cheshire and Staffordshire. Yesterday, Clint kindly transported me right through Derbyshire into Staffordshire via Bakewell and Hartington. There were a couple of hold-ups because of road resurfacing and market traffic in Bakewell so I didn't reach the distant village of Onecote until twelve thirty. 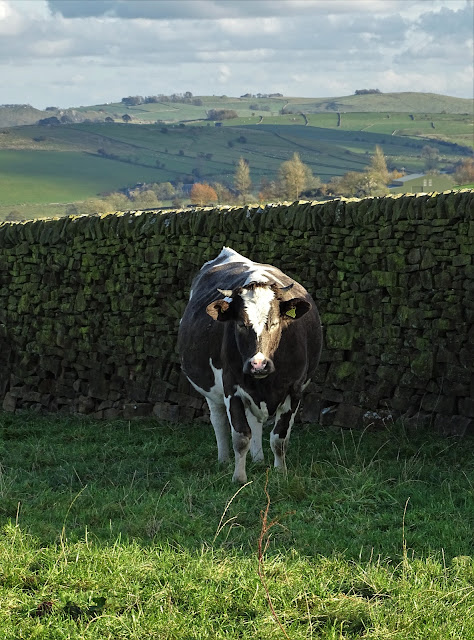 It was so good to be walking in a corner of the national park that I had not explored before. The sun was out, my boots were on and all was well with the world. I didn't get back to Clint till 4.30pm and by then, largely because of putting the clocks back on Sunday, the light was already failing.

Along the way I saw many things, including a junction of farm tracks that looked fine to walk across until I discovered that the mud and cow shit there was about six inches deep. But once in, I had to keep going, emerging from the junction with boots that were now thick with brown gunge and twice as heavy. Up ahead there were some clear puddles that I splashed around in to remove most of the milk chocolate coloured coating. Fortunately, the boots are waterproof.

On my rambles, I am often observed by members of the cattle family. And yesterday was no different. Cattle will often look at me as if I am the first human being they have ever seen. In fields they will frequently move towards me. I have heard of horse whisperers and worm charmers, perhaps my relationship with cattle is similar. 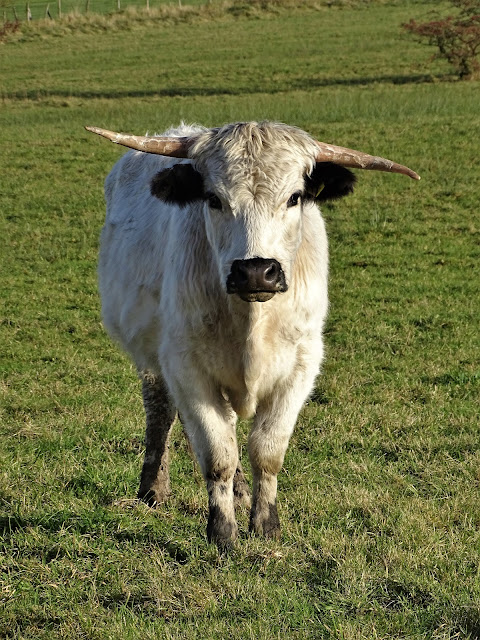 As I walked along the track to the long disused copper mine at Mixon, there was a young bull on guard straddling the track. If he had been elsewhere in the field, I  would have walked quietly past but standing there he obliged me to hop over the fence into an adjacent field.  He continued to watch me as I moved by while  I wondered what was going on inside his bullish head. His harem was grazing close by. Perhaps he saw me as a challenger...(See the top picture). 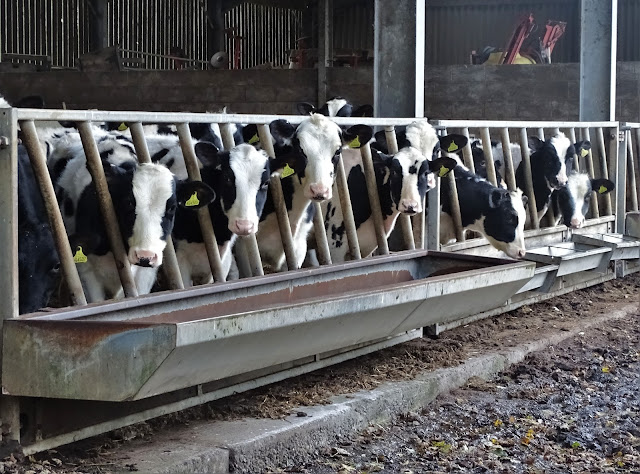