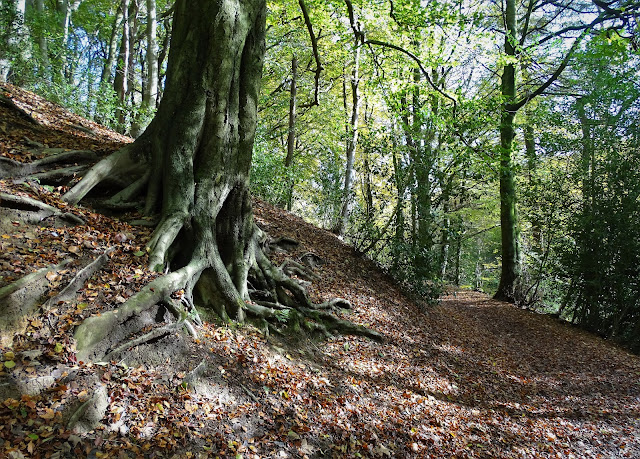 One of the things I love about England is the weather. Like life itself, it is so unpredictable, so fickle, so difficult to pin down.  Take this weekend - just as an example. Saturday was grey and miserable, dank rain drizzled from leaden skies and all colour was sucked out of the landscape. Then Sunday morning arrives and abracadabra, it is bright and beautiful under a cobalt blue sky with a handful of cauliflower clouds scudding eastward.

Time for an hour long autumn walk. Not too far. Clint took me to one of my favourite  local haunts - Whirlow Brook Park. With boots on, I patted Clint's rear and wandered off along a familiar route, into The Limb Valley and under majestic beech trees towards Ringinglow. 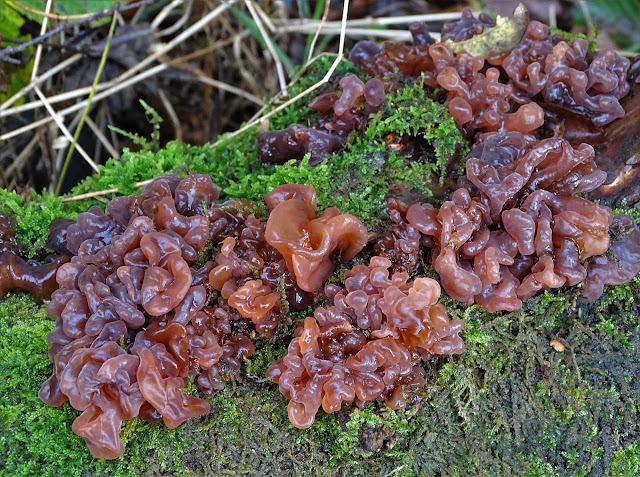 At this time of year, if you keep your eyes peeled, you will see all manner of fungi. Mushrooms love October. They are mysterious and multivarious. Many is the time that I have sought to identify particular mushrooms but more often than not they have defeated me. I have even been on a couple of  foraging walks with a local expert but still most examples of  fungi refuse to give up their names. 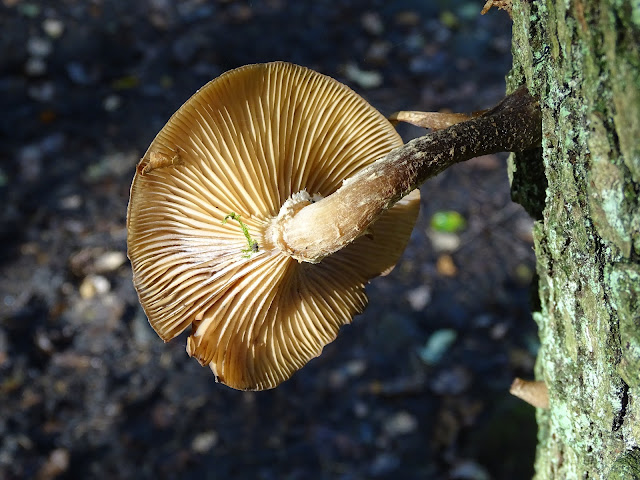 In the autumn sunlight, today's walk was delightful. I spotted several types of  fungi and when I paused under a great beech tree I heard beech nuts popping all around me as they bounced upon the woodland floor. There was virtually no wind. It was just that the tree had decided that today was the day to release its seeds. One of them landed on my head. 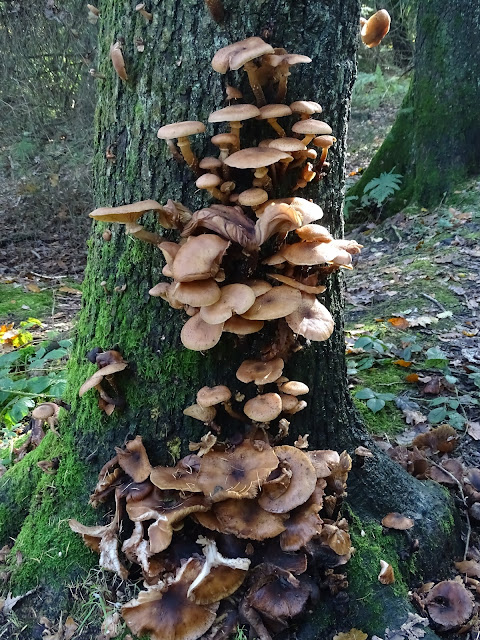 I am reading a novel by Lionel Shriver at present and I had hoped to consume a couple more chapters while sitting inside Clint after the walk but by the time I had put my shoes back on it was 1.15pm. Time to speed home to make lunch for The Empress and I.

It has been a funny, disorienting kind of day because we put our clocks back an hour this morning. The rationale for this irritating twice yearly inconvenience continues to discombobulate me - rather like the accurate identification of fungi.
- October 27, 2019