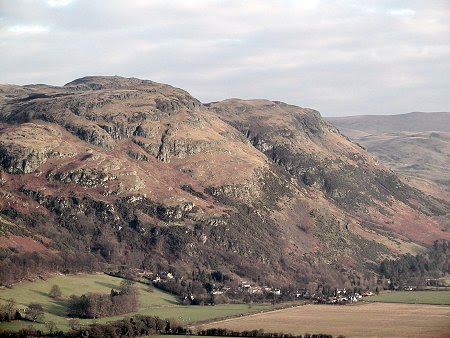 On Christmas Day we enjoyed a turkey feast at Frances and Stewart's house. Stewart's parents were also in attendance having driven up from Bristol the day before Christmas Eve. With the COVID restrictions, they had to stay in a nearby hotel. All that we had was that one day together and we enjoyed it. A little island of normality. Shirley's Christmas pudding was divine and the Christmas cake that Stewart's dad made and iced was also a triumph. I led the lively singing of "Bachelor Boy" by Cliff Richard followed by a less convincing version of "The Young Ones":-

Tomorrow
Why wait until tomorrow?
'Cause tomorrow
Sometimes never comes

Stewart's dad and I reminisced briefly about being university students and that set me off thinking about my life back then. I was at university between September 1973 and December 1977. In those days, a much smaller proportion of  each generation went to university - something like 14%. Nowadays it is more like 50%. Quite a big difference.

I enjoyed my studies and worked hard to achieve a good honours degree in English Studies with Education plus the Diploma of Education. However, in terms of life skills, I freely admit that I was quite naïve in several ways.  To explain, the following short paragraphs will all begin with "When I was a student..."

When I was a student I never owned a dressing gown. This would have been pretty handy when venturing out of my study bedroom for a shower.

When I was a student I hardly ever bought any groceries to store in the fridge or cupboards. Instead, I tended to eat at the refectory. I never had anything in for breakfast - not even a loaf of bread. How could I have been so dumb?

When I was a student, I frequently didn't get round to putting a fresh sheet on my bed or to putting my quilt in a fresh duvet cover. These tasks seemed so onerous and yet they were easy to perform in less than five minutes.

When I was a student I never ironed anything - not even when I undertook teaching practices in Tillicoultry, Alva and Alloa in Central Scotland. I found I could get away with wearing a knitted V necked jumper and keeping my jacket on. My trousers were "stay pressed".

When I was a student I drank far too much beer and sometimes woke up with extremely hazy memories of what had been said or done the night before.

When I was a student I never went walking in the nearby Ochil Hills. Nor did I climb to the summit of Dumyat that overlooks both the university campus and The Forth Valley that reaches east to Edinburgh. Such a waste of walking opportunities.

When I was a student I was an extra in "Monty Python and The Holy Grail". It was filmed nearby and I met John Cleese at the catering van up on Sheriffmuir moorland north of the campus but I was tongue-tied like a fool.

When I was a student, I had absolutely no idea where my future life would lead me. In spite of having a steady Scottish girlfriend, I knew I didn't want to work as a teacher in Scotland - having encountered far too much subtle racism towards the English. That is why I returned to my homeland  - Yorkshire  where all rainbows end and shooting stars fall to earth like diamonds.

It's forty three years since I left university. If I could live my life again...