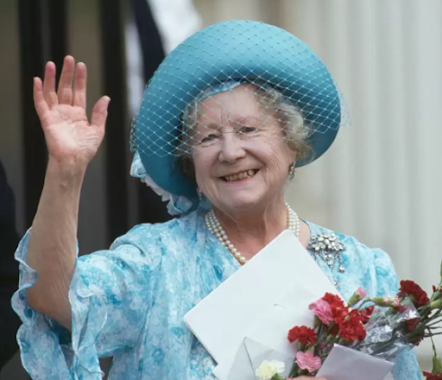 Elizabeth - The Queen Mother (1900-2002)
As you may have gathered, I am not much interested in fame or celebrity. There's too much focus on that kind of stuff these days. However, in this blogpost, I am going to place on record the famous or relatively famous  people that I have spoken with in my life.
1. The Queen Mother  (1900-2002) - she who was the wife of King George VI, our present queen's father.
2. Mick Ronson (1946 - 1993) - Hull-born guitarist who was for a long while David Bowie's right-hand man.
3. Lulu  (Marie McDonald McLaughlin Lawrie) - the Glasgow-born pop singer. I met her twice.
4. Robin Williamson - the founder of The Incredible String Band who performed at Woodstock in 1969.
5. Tom Bailey - leader of The Thompson Twins who performed at Live Aid in 1985.
6. Jimmy Savile (1926-2011) - disgraced British television personality, disc jokey and charity fund raiser.
7. John Barnes - legendary England footballer.
8. Jacqueline Wilson - best-selling children's writer.
9. Lord John Hunt (1910-1998) - leader of the British/NZ successful mission to climb Mount Everest in 1953.
10. Lord David Blunkett - former British Home Secretary (Labour).
11. Lord John Reid - former British Home Secretary (Labour)
12. Wesley Hall  - legendary West Indian fast bowler (cricket).
13. Neil Franklin (1922-1996) - another legendary England footballer - also more importantly he played for Hull City!
In addition to these famous people I once spoke with, I would also like to record that when my family and I returned from our Californian holiday in April 2005, we were on the same Virgin Atlantic flight as Ringo Starr and his wife Barbara Bach. When we were airside at London Heathrow, I found myself walking to baggage reclaim right beside him. He's a weedy little guy. We did not speak. Of course he did not realise that I was about to become a world-famous blogger.
I am sure that you yourself have met at least one famous or relatively famous person in your life. Please tell...
- December 09, 2020