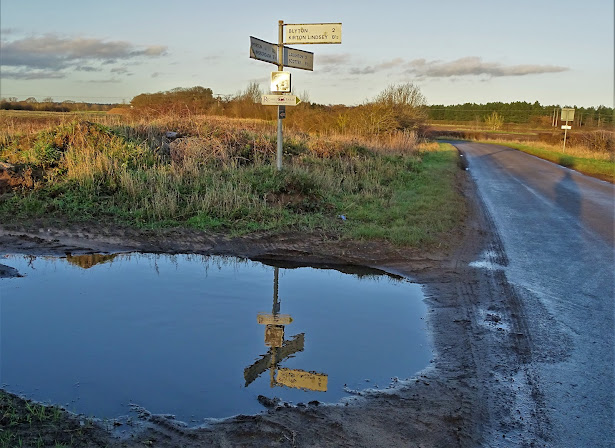 Road junction west of Blyton
Twelve miles. That's how far I walked yesterday, east of The River Trent in Lincolnshire.

I left Clint in the car park of the village hall in Blyton - which is undoubtedly the origin of the surname Blyton as in Enid Blyton - one of Britain's best known children's writers.

It was a beautiful day as I set off - hardly a cloud in the sky - and for mid-December the temperature was pretty mild. No need for the big coat,  gloves or a woolly hat.

I was heading north west for the tiny riverside village of Wildsworth. Across from Wildsworth is another small village called Gunthorpe which is where my wife was born and spent the first sixteen years of her life. Her father, Charlie, was an arable farmer there and was also born in Gunthorpe. Sadly now there are no living family connections to the place - just memories. 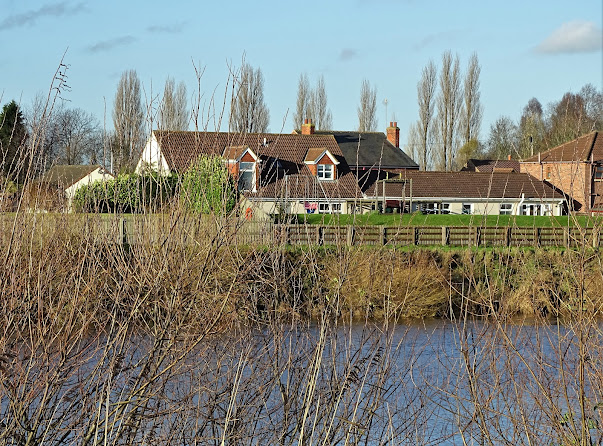 View of the Andersons' house in Gunthorpe - Holme Farm
Three and a half miles by the river down to East Stockwith. There I sat on a bench and looked across to West Stockwith as I ate my banana and apple and swigged some water. It's funny that these riverside communities can be so close to each other and yet so far apart. There may have been little rowboat ferries in the past but there are none today. 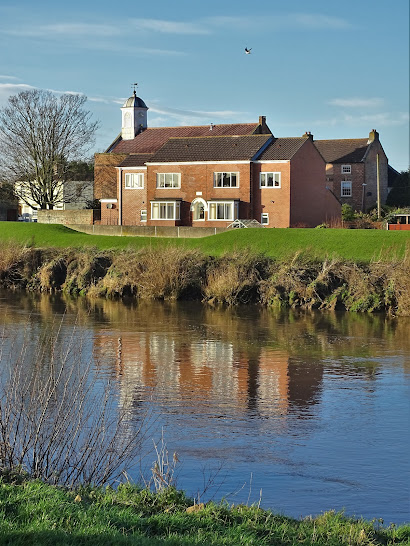 Looking to West Stockwith from East Stockwith
A long, straight road led me eastwards - away from the river and back in the direction of Blyton as the sun was sinking prettily over Retford and Gainsborough.

I nipped into Blyton's village shop and treated myself to a "Snickers" bar after renewing my "Lotto" ticket. Just think - if I won the jackpot I would not have to walk anywhere again. I could pay people to do the walking for me and Clint would be traded in for a banana-coloured Lamborghini called Gina Lollobrigida. What merry japes Gina and I would have. 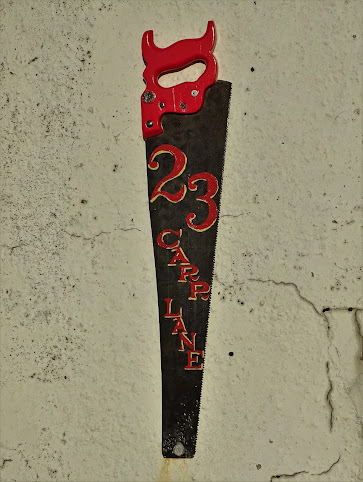 I saw a saw in East Stockwith 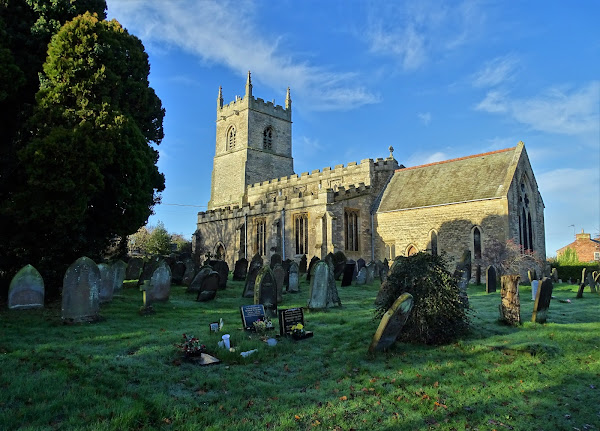