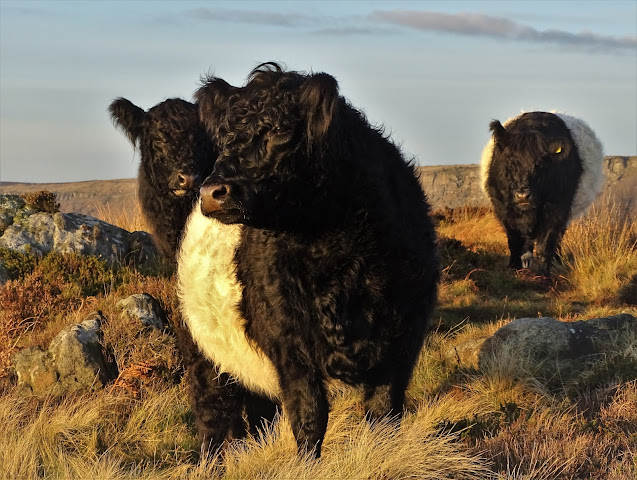 After ordering a replacement valve for our dripping kitchen tap, I noticed that Sheffield's skies were brightening. The weather prophets had obviously got it wrong.

Very soon I was in Clint's cockpit and heading out of the city. The plan was to have a short walk in that glorious December light and perhaps bag a few photographs too.

Soon I was at the rock climbers' car park at Hook's Car under Stanage Edge. But this time I was heading for a less-visited rocky feature called Carrhead Rocks - across dead bracken and dormant heather. Lord knows why I had not been there before. 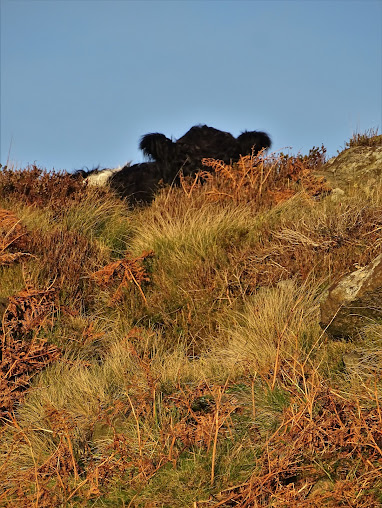 Peepo!
As I moved over the rocks I noticed three black and white beasts grazing in the rough moorland below me. They belong to a hardy breed of cattle known as Belted Galloways. When I looped back below Carrhead Rocks, they were hoofing it up to the higher level that I had just walked along.

The light was lovely and I took twenty four pictures of the cattle - five of which I am pleased to share with you in this blogpost. Magnificent creatures that are almost always peaceable but I guess we all have our angry moments, don't we?

"Yes we do!" yelled Clint who was reading my thoughts as I untied my bootlaces. "Now let's go home Roald Amundsen!" 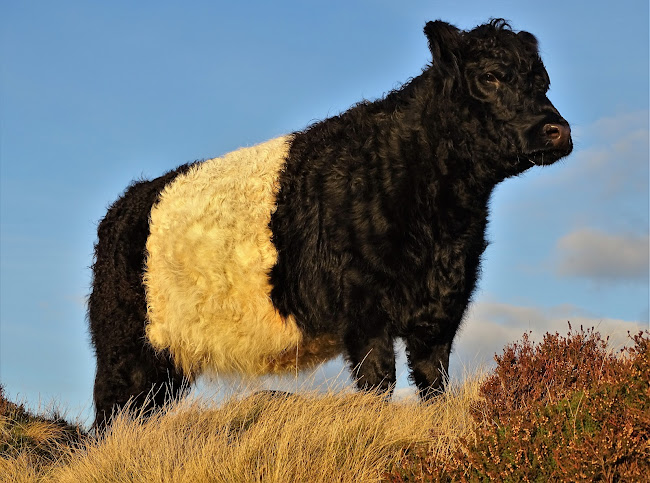 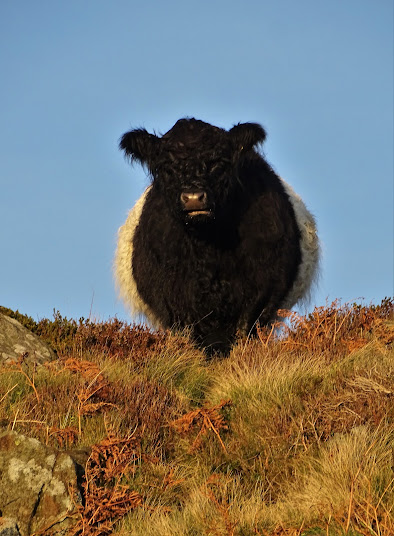 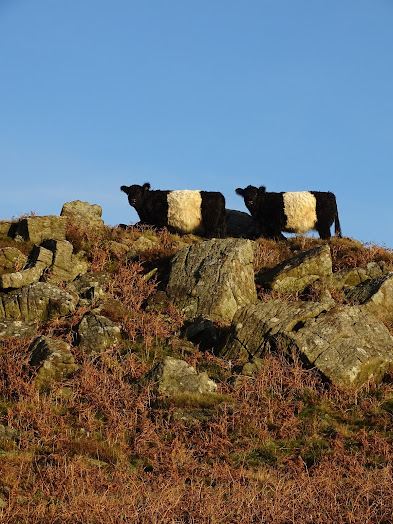