After my encounter with pigs last week, I found myself down an internet rabbit hole or should I say pig hole?  While I was there, I discovered something about the state of Texas that I had not heard about before: Texas has a huge problem with wild hogs.

It is estimated that there are around three million wild hogs in Texas and of course they all need to eat and drink. They are intelligent, opportunistic creatures and to get to food they obey no rules. Omnivorous, they invade farmland, homesteads, rubbish tips and gardens - frequently causing heart-breaking damage for many rural Texans. 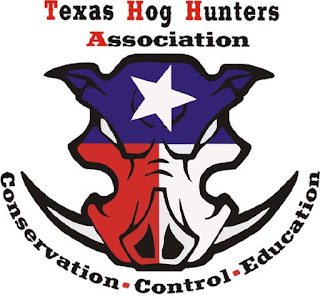 Rules about shooting wild hogs are pretty minimal and hunters from other states will frequently fly into Texas just to bag some hogs, employing a whole bunch of devices to help them in their pursuits including night vision riflescopes.

The little piggies I photographed last week were pretty cute but fully grown wild Texan hogs are not cute - they are monstrous - the stuff of nightmares. With black bristles and deadly tusks, they can weigh in at over four hundred pounds.

The hog problem has been growing at an alarming rate since the 1980's. Here in this Yorkshire city I might see an occasional fox or a badger - occasionally a rat or a feral cat but I am pleased to say that I have never seen rampaging hogs tearing through the suburbs. Those suckers can kill you! 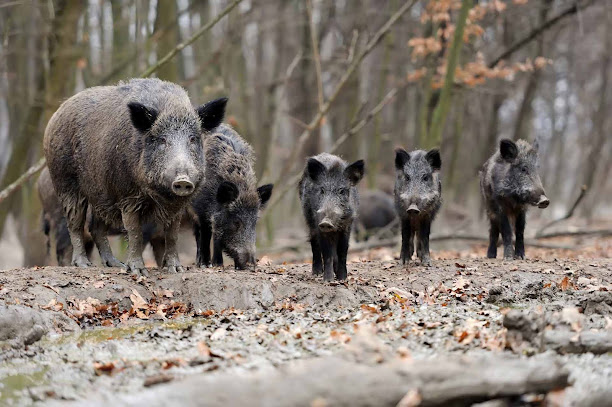