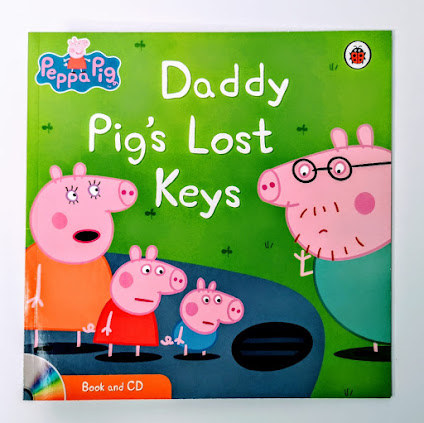 In the so-called western world, keys are ubiquitous. We carry house keys, car keys, workplace keys, keys for padlocks, bicycles, jewellery boxes, safes. You just can't get away from keys.

When I was a teacher, I carried several keys about my person - all in a bunch. They were vital for security. I was pretty good about looking after my keys and very rarely mislaid them but  on the few occasions that did happen my brain went into a kind of meltdown. All I could think about was my missing keys. Where are my keys? Where did I put them? Where have I been?

No matter what anybody said to me, all that I could think about was my keys. Of course, I always found them again and when that happened my relief was like the end of an eclipse. Such joy! There was a future after all.

A few years ago, I went walking on Crowden Moor up to Black Hill. The circle was several miles long. When I got back to where I had parked Clint's predecessor - Francisco - I realised that my car key was missing. Suddenly plunged into severe mental depression I had to nip into  Crowden youth hostel to ask if I could use their telephone.

My devoted  wife had just got back home after a hard day's nursing. She agreed to drive out to Crowden with my spare car key - some sixteen miles or so. That evening, a cleaner called Wendy who was responsible for the public toilets at Crowden phoned up to say she had my key. Fortunately, my key ring had our phone number on it. Sweet relief.

In these modern times, replacing a lost electronic car key is always eye-wateringly expensive. I blogged about the Crowden key incident here . It was back in 2012.

Yesterday evening, I experienced a similar mental trauma related to the apparent loss of a car key. Shirley and I hunted high and low for it to no avail. At midnight, with torch (American: flashlight) in hand I was about to retrace my footsteps from a lunchtime walk down to the "Neptune" fish and chip shop when I noticed my black  leather jacket was on a different peg.

Yes! Suddenly, I remembered that I had worn that jacket earlier in the day when I went to pick up the heavily pregnant daughter. It was the first time I had worn it since the early spring. And sure enough - there nestled in the righthand pocket was The Holy Grail - my car keys. Hallelujah! Normal life was about to resume.

I ran upstairs to shake Shirley awake with the good news before dashing outside to let Clint know that all was well.

"I'm going to tell you this just the once buddy," growled Clint. "Never and I mean never lose my key again!  Now stop stroking my bonnet (American: hood) and get to bed! I will see you in the morning you great pudding!"

Have you got a lost key story?