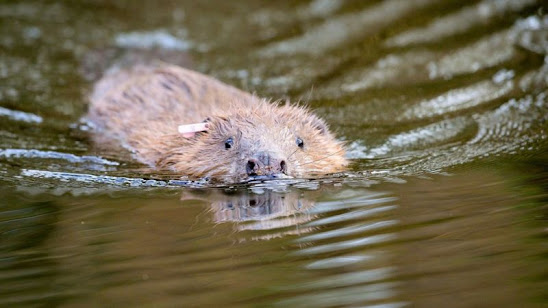 An English beaver
Hey, England has beavers once again! Our native beavers were hunted to extinction in the sixteenth  century but in the last ten years  some Eurasian beavers have been "reintroduced" and they appear to be thriving. A lot has been said about the useful contributions that beavers might  make to flood prevention.
When I was sixteen I switched secondary schools - moving to Beverley Grammar School in the East Yorkshire market town of the same name - Beverley. There I studied Art, English and Geography at A level but that is beside the point just now. What I mostly wanted to share with you is  Beverley's coat of arms:- 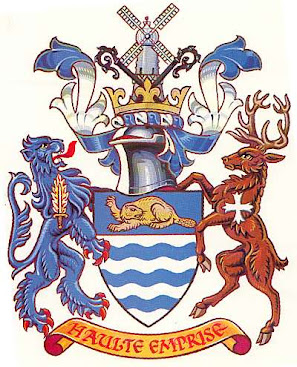 Can you see the beaver? That is because in medieval times Beverley, or Beaverlec, was well-known for its beavers. They frolicked in The River Hull and other small waterways and were effectively farmed for their pelts. Beaver fur was highly prized and the townsfolk of Beverley were rightfully proud of their beavers until they disappeared.
Of course Britain is an island and I imagine that our native beavers were different from the Eurasian beavers now being "reintroduced" in small numbers. Is it even a reintroduction? Perhaps we should refer to what is happening as an introduction though I have not been able to confirm my suspicions about beavers of the past compared with these new beavers.
I wonder what someone who likes to study beavers is called? Perhaps a beaverologist? Anyway,  I am sure that there are worse things that one might study. God Save The Beaver! 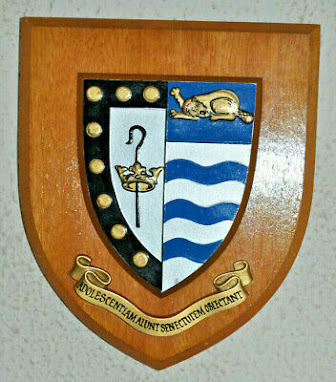