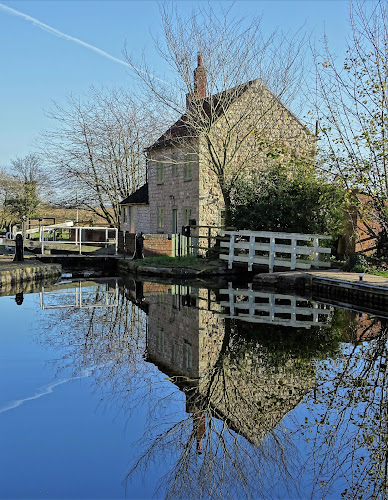 A lock keeper's house
As the sixteenth century turned into the seventeenth, religious tensions in the heartlands of Britain simmered. Many wanted to cling to Catholic traditions while others yearned for a more stripped down religion devoid of past rituals and the influence of The Pope.

In north Nottinghamshire, word got round that there was a preacher in the village of Babworth whose sermons were  inspirational  to would-be puritans. He was called Richard Clifton. Though he never visited America nor rode upon "The Mayflower" in the autumn of 1620, he inspired two of the principal "Pilgrim Fathers". Both William Bradford and William Brewster came to All Saints Church in Babworth in order to hear "the word of God" as interpreted by Richard Clifton. He was key to the crystallisation of their religious thinking. 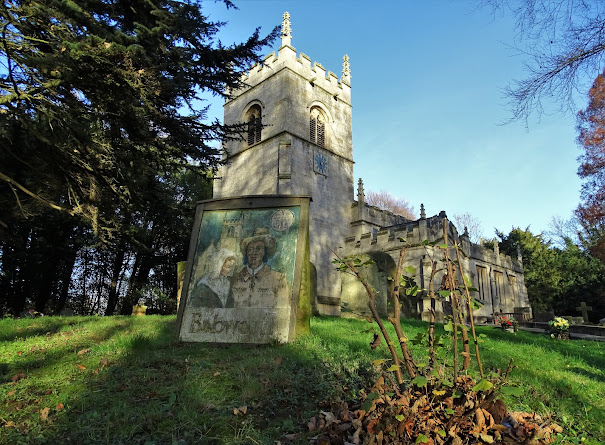 I was at that peaceful half-forgotten woodland church yesterday but could not enter it. I left Clint in its shadow before setting off into the December sunshine on a planned circular walk that would take three and a half hours to complete.

For a third of the walk, I was beside The Chesterfield Canal. Constructed towards the end of the eighteenth century, it linked Chesterfield with The River Trent at West Stockwith. In a time when roads were often rutted and muddy, the canal became a vital artery for the transport of Derbyshire lead, coal, gravel and manufactured metal goods. 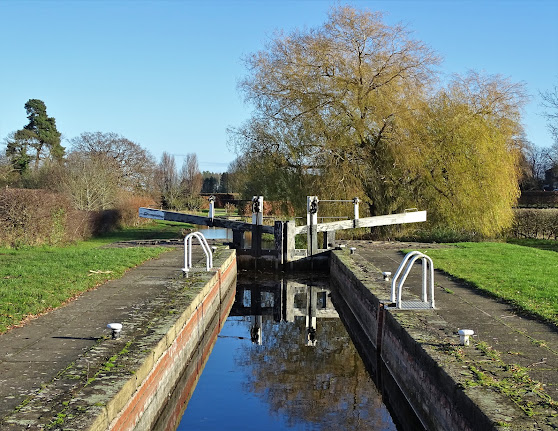 The canal towpath led me into the town of Retford and soon I was tramping through back streets that led me out of the town and beside the main road back to Babworth.

"I'm desperate for a drink of petrol," he said.

I glugged water from my flask and devoured a Panamanian banana before heading back west via Worksop and Anston. Of course, I take many photographs when I am out walking but  I was especially pleased with the picture I captured and placed at the top of this blogpost. Yes. That's a good one - though I say so myself. 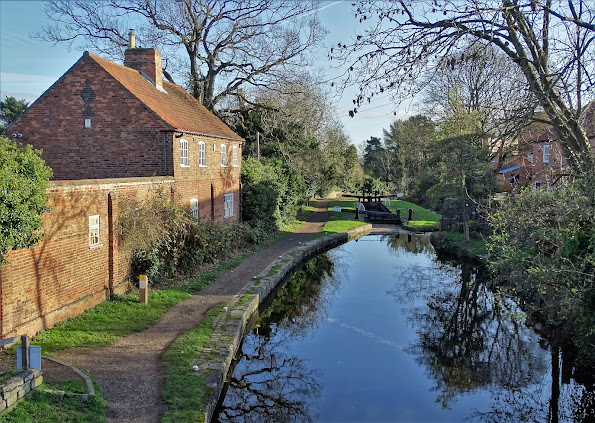