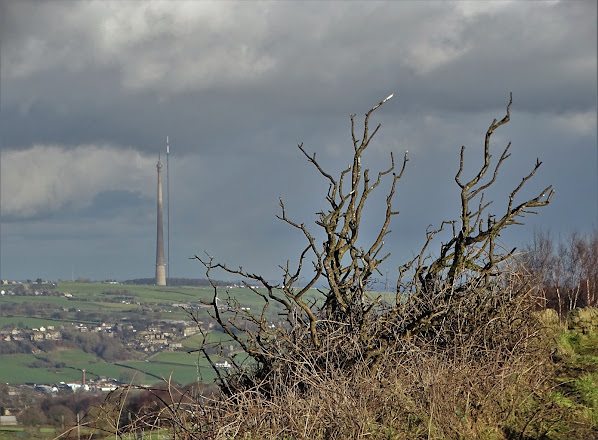 The words came from an elderly woman I encountered by the side of  the A616 at Jackson Bridge. And yes - I was indeed "going up top" having parked Clint by Holy Trinity Church in Hepworth.

The  two adjacent stone  villages sit in  the valley of a tributary of  the River Holme. It was surging north to Holmfirth -  famously connected with a long running  British comedy series, "The Last of the Summer Wine". To the east of Hepworth, the land rises  to a plateau. It's like you are climbing to a different climate - colder, windswept but sunlit.  Hence - "Goin' up top". 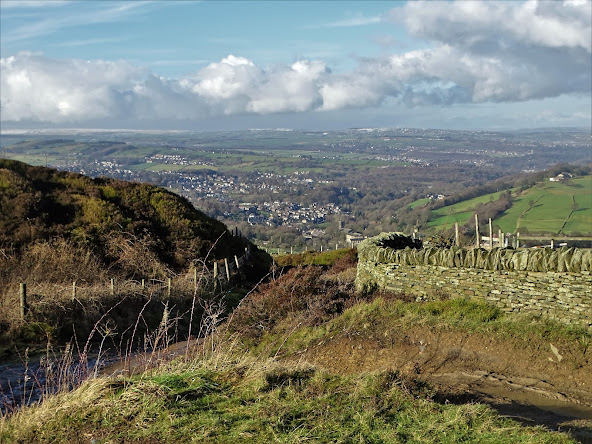 "I'm on the top of the world, looking down on creation..."
Stone farmsteads and mill cottages cling to the landscape while down in the valleys motor vehicles scurry like tiny beetles between miniature villages. To the north west the Pennine hills were dusted with snow and the great mill town of Huddersfield sprawled in its moorland bowl, its tentacles reaching for the hills. 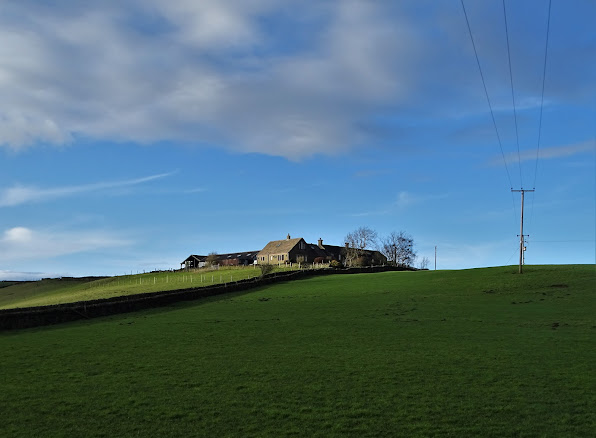 Dick Edge Farm
Mostly I stuck to paved lanes but a map won't tell you everything so on three sections of the route I found myself edging nervously down or up lethally muddy paths where one false move could have spelt disaster or at least a muddy outer coating and a bruised coccyx. 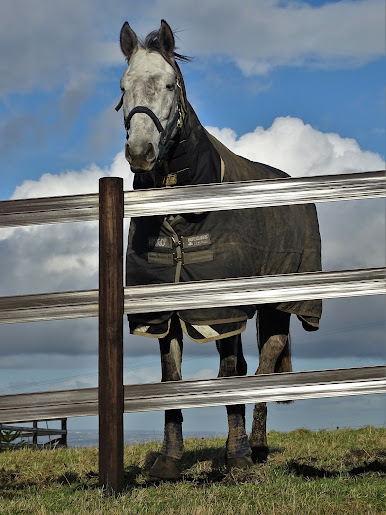 It seems like yesterday but of course this walk happened long, long ago  - way before the world's unwelcome guest arrived to scupper our plans. Incidentally, I noticed that Heathrow Airport was crowded with air travellers yesterday. What happened to the "Stay At Home" message down there I wonder? 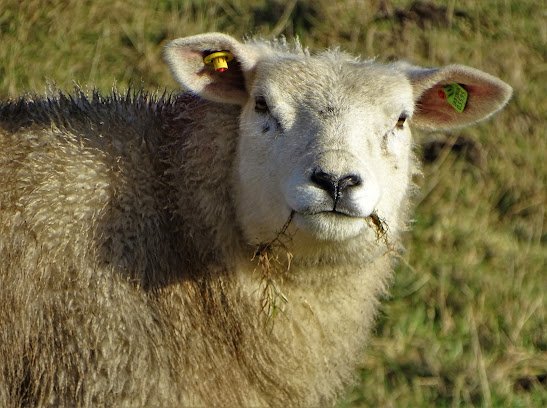