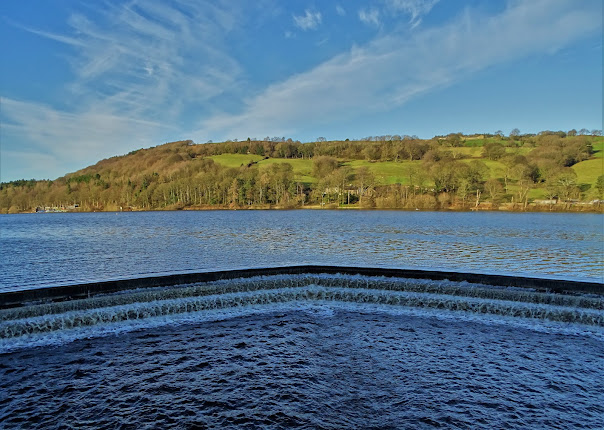 Damflask Reservoir earlier today
Damflask Reservoir is within Sheffield's city limits. It was formed in  1896 when the damming of The River Loxley was completed. Damflask had been the name of a small village - the remains of which now lie at the bottom of the man-made lake.

I was over there today for a short walk in afternoon sunlight  before our golden orb dipped below the hills. On another occasion I shall circle the entire reservoir - some 3.5 miles but today was not the time for that.

Just before I turned about, ready to head back to Clever Clint The South Korean Silver Machine, I was joined by a robin. He hung around like an old friend as I wilfully bemused him by imitating various bird calls. Slowly, I slid my camera out and managed to get several photographs of my new feathered friend. A recent poll by the RSPB (Royal Society for The Protection of Birds) revealed that the European robin is in fact Britain's favourite bird. 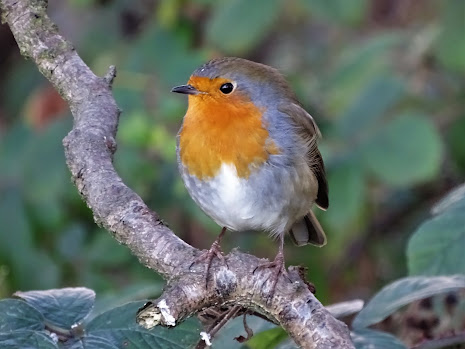 The European robin is not to be confused with The American robin which is a bigger bird that got its name "robin" from early European settlers who, because of the bird's breast colouring, were reminded of the robins they had left behind on the other side of the Atlantic Ocean. American robins are more common and will often be seen in flocks but the European robin tends be solitary and territorial. 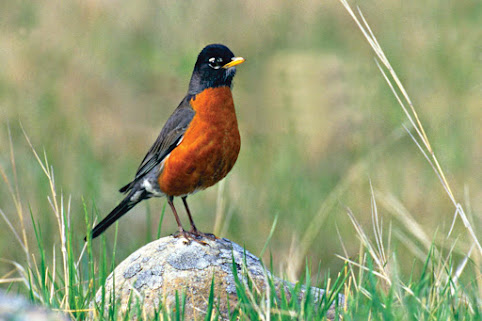 And once again, here's the little European robin that welcomed me to Damflask Reservoir:- 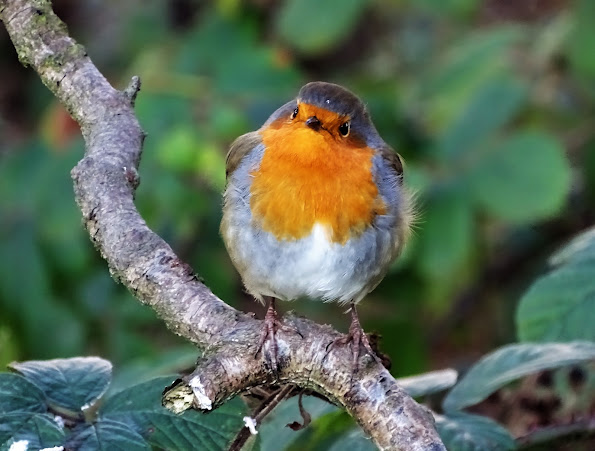