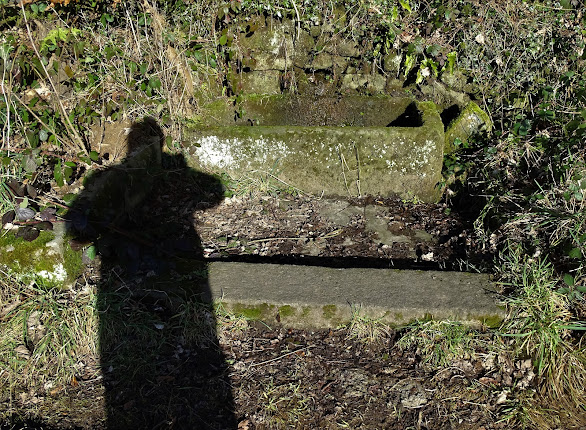 This sunny Monday morning saw your intrepid reporter tootling north west of the city back to Damflask Reservoir.  I was intent on walking round it. According to signage, the circuit is 3.5 miles in length but somehow I doubt that. I managed the whole thing at ambling pace in  an hour and ten minutes.

"Oh you're back then!" said Clint as he saw me approaching along the side of Loxley Road. "Come on! Get that ignition key in - I'm bloody freezing." 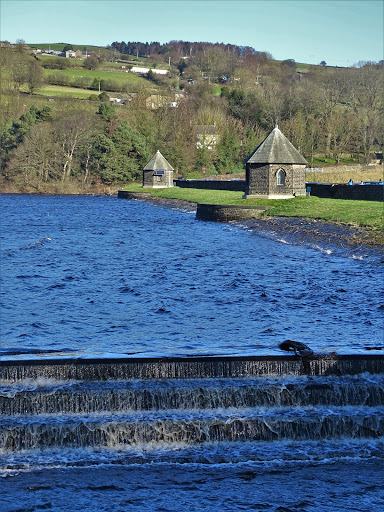 Valve houses on the reservoir dam

Now that Baby Phoebe is with us, Shirley and I  along with Stewart and Frances have formed what COVID regulations call a "support bubble". We can officially be in each other's houses and of course grandparent involvement invariably eases pressure on any new parents.

Mind you, Frances and Stewart seem to be taking to their parenting role like ducks to water. The newly discovered love they feel for Phoebe is palpable. You can see it in their eyes. What they are experiencing is joy, not hassle or unwelcome inconvenience. After all, they wanted her and now she is here - to enhance their lives, not to diminish them. 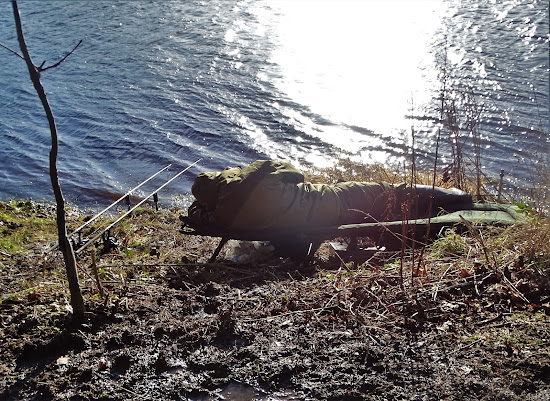 Yesterday I prepared another Michelin star quality Sunday dinner. I had purchased a nice joint of beef topside which we had with savoy cabbage, roasted squash, green beans, roasted potatoes, horseradish sauce, homemade beef gravy and last but not least - the food of the gods - golden Yorkshire puddings. For dessert, Shirley had baked a light chocolate sponge which we ate with vanilla custard. That was also a tastebud hit.

Over dinner, Frances and Stewart ribbed me about my lockdown hairstyle - another  brown mop of unruly hair with a fringe like an Old English sheepdog. I was unable to get an appointment with my favoured barber before the latest lockdown pulled down the shutters upon all of our nation's hairdressers. It looks like Shirley will have to get out the kitchen scissors again.

After dinner, Little Phoebe listened as I sang "Lavender's Blue" to her. I have learnt the song by heart now and of course she was mesmerised - even more than she would have been if Elvis Presley had been cradling her. She is the most beautiful granddaughter any man has ever had and she is developing nicely on mother's milk and around eighteen hours sleep a day. How wonderful it will be to watch her grow. 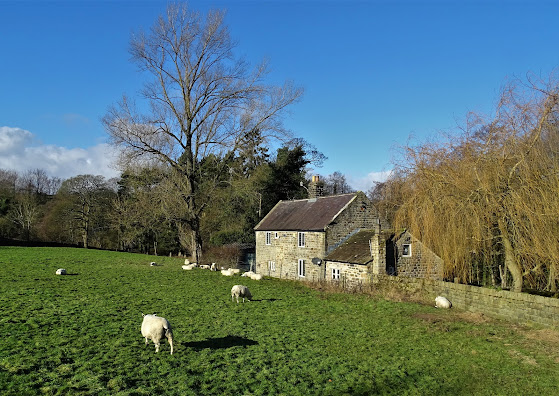 Stone cottage and sheep near the end of the reservoir
- January 25, 2021