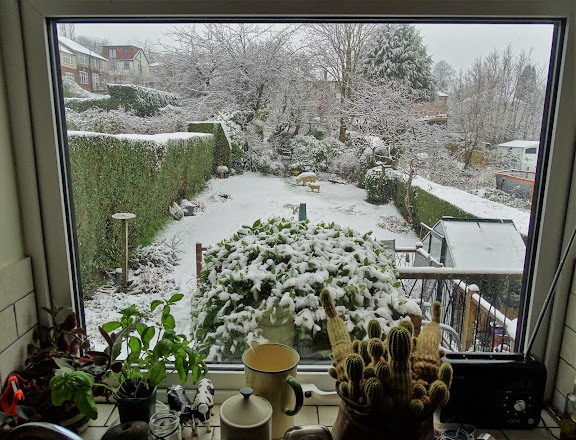 This morning I leapt out of bed and threw back the curtains. Now that wasn't supposed to happen - Snow! And it was still falling.

After breakfast I ventured out to feed the garden birds though it wasn't long before the seeds and suet were hidden by  falling snow. Our sheep - Beau and Peep - were wearing snowy blankets and our fox  - Fake Fred  was almost suffocating in the white stuff. 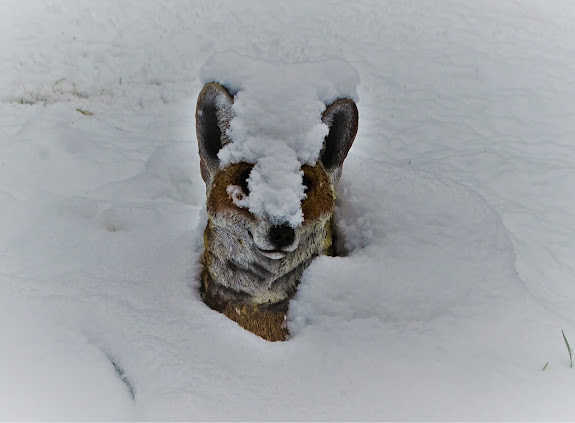 At half past ten there was a knocking on our front door. It was lovely Sophie - a thirteen year old girl who lives across the road from us. She had been sent home from school because of the snow and could not get in her house. Naturally, SuperPudding was here to save the day! Their front door lock is ridiculously stiff and it's awkward for the key to turn but with my super powers I had no difficulty.

After a BLT sandwich and a mug of coffee I decided to head out to take some photographs. Stubbornly, Moody Clint refused to take me anywhere.

"No freakin' way man!" he said. "Look at that snow! I would be skiddin' and slidin' around like a freakin' ice dancer!"

I protested, "But I own you! You do what I want. Not what you want!"

My pointless protest received a mouthful of South Korean obscenities.

Alternatively, I found myself trudging up to Ecclesall churchyard. It's somewhere I have taken pictures before in snowy weather. I gathered plenty of images but these were I believe the best:- 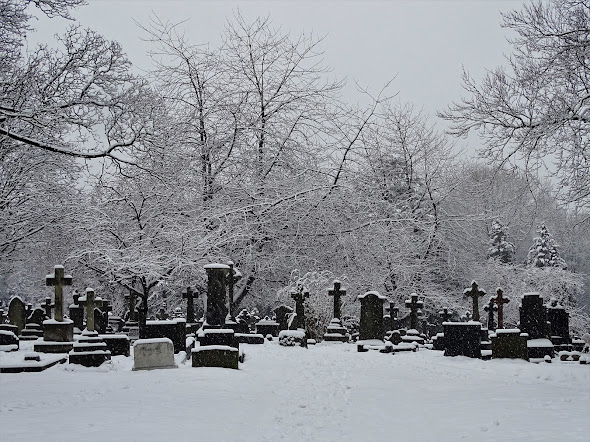 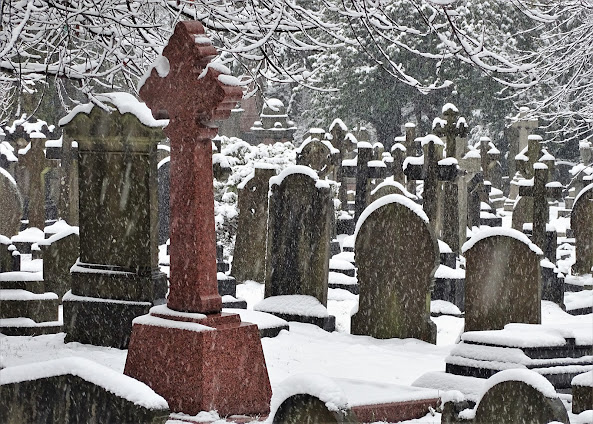 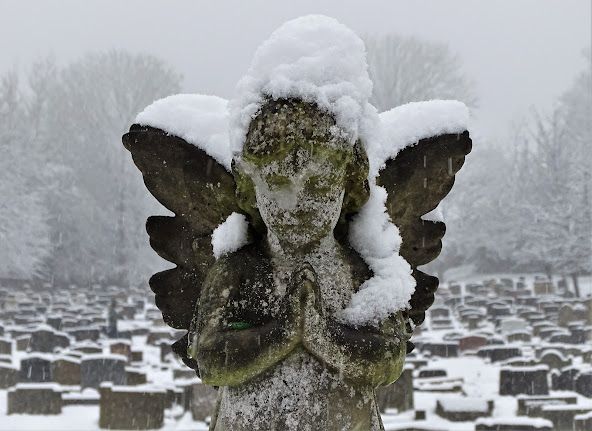