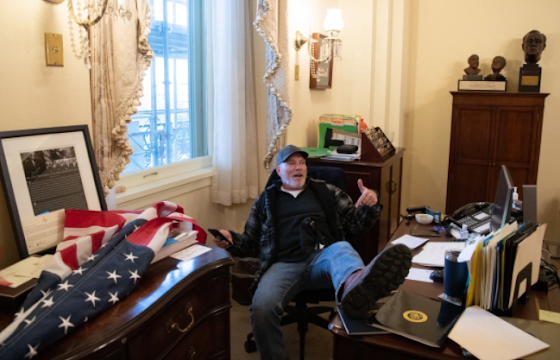 Rioter in Nancy Pelosi's office in The U.S. Capitol

I need to blog about this for the record so that in future times I may look back upon this historical moment.

Yesterday, in Washington D.C., a mob descended upon The Capitol Building. They breached security and got inside what is in effect the beating heart of American democracy. You must have seen it on your television screen. It was as terrible as it was terrifying.

They were fired up by a rabble-rouser, someone who evidently does not  care a fig for normal democratic processes. He incited  the mob. In fact, he had been inciting that mob for weeks with fantastical tales of a stolen election.

When given an opportunity to subdue the mob and to get them out of The Capitol straight away, this rabble-rouser could not stop himself from repeating his lies about a stolen election. To him, the rioters were "very special" people.

After their assault on The Capitol, I had the impression that they simply walked away. It seems incredible that there were no mass arrests. Those people deserve to be apprehended, charged, brought to court and then sent to prison. What is more, their leader deserves identical treatment. Here in Britain, inciting a riot is a serious criminal offence and I understand that this is equally true in America.

Another point I would wish to make strongly is that this mass gathering of embittered bad losers in Washington happened in the teeth of a deadly pandemic when crowds are obviously  discouraged because of possible COVID infection. On the day that the attack on democracy happened, 4068  more Americans died from the virus and a further 259,807 citizens became "new cases" in  the country's awesome infection figures.

How wonderful it would be if Joe Biden could begin his presidency without any backwash from the last four years.  With his chosen team, he has so much to do and the last thing he needs is a deranged egomaniac still shouting his head off from the sidelines,  still dividing the people, still stabbing his bloody knife into the guts of American democracy. 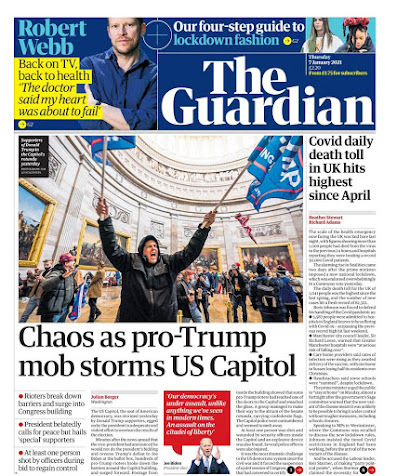