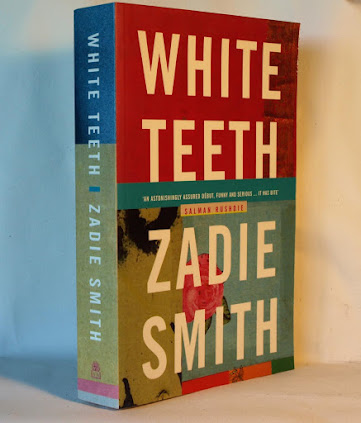 "White Teeth" by Zadie Smith was not at all what I expected. It was published in 2000 to much acclaim and soon scored a handful of book awards - including The Whitbread Prize. The author grew up in a multi-racial corner of London and though she was not born with a silver spoon in her mouth, she made it to Cambridge University to study English Literature. She wrote "White Teeth" before she was twenty five years old.
I expected the book to be quite preachy and somewhat resentful of the white host community that people of colour had to get along with when they arrived in England and began to carve niches for themselves in our green and pleasant land. However, it was not like that.
It was essentially a funtime novel - filled with humour and warmth about the very business of living. Though white characters are often caricatures, Zadie Smith is just as likely to poke fun at Jamaicans or Bangladeshi characters. There is a lot of mockery and silliness within the 540 pages.
She is a proper storyteller and that is what she gives you - rather like a latter day Charles Dickens. There are autobiographical ingredients too.  Smith grew up in the Willesden district of London which is also the novel's main stage and I am sure that she saw a lot of herself in a character called Irie Jones who is also of mixed British-Jamaican heritage.
There's a general lightness of touch about this novel. It does not take itself too seriously. Even so, it does have its thoughtful moments in which readers are expected to reflect upon the processes of immigration and assimilation. Here's one of the lead characters - Samad who served with the British army in World War II:-
"I sometimes wonder why I bother," said Samad bitterly, betraying the English inflections of twenty years in the country, "I really do. These days, it feels to me like you make a devil's pact when you walk into this country. You hand over your passport at the check-in, you get stamped, you want to make a little money, get yourself started... but you mean to go back! Who would want to stay? Cold, wet, miserable; terrible food, dreadful newspapers—who would want to stay? In a place where you are never welcomed, only tolerated. Just tolerated. Like you are an animal finally housebroken. Who would want to stay? But you have made a devil's pact... it drags you in and suddenly you are unsuitable to return, your children are unrecognizable, you belong nowhere."
By the way, Samad is prone to over-dramatization and self-pity.
"White Teeth" was an enjoyable romp of a novel but for me the ending was a kind of fizzling out rather than a splendid denouement . It was as if it did not quite know where it had been heading. It's a book in which pretty much all of the characters are both loved and laughed at. In the end, life must of course go on - whether you are black, white, brown or of mixed race The journey continues. 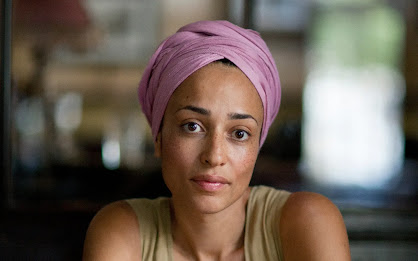