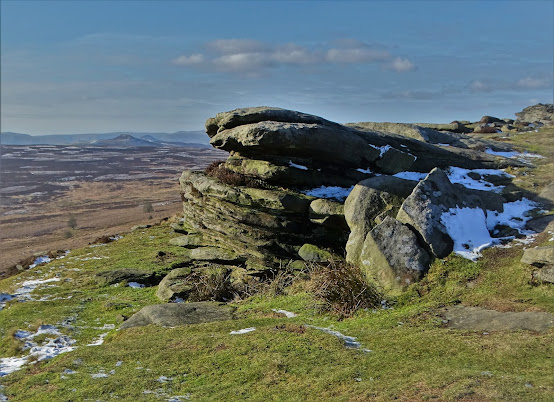 Yesterday I promised myself a walk and that is what happened. My trusty South Korean steed - Sir Clint - carried me out of the city to Redmires Reservoirs . Long term readers of this humble blog will have been there with me before. It's only three miles west of our house. 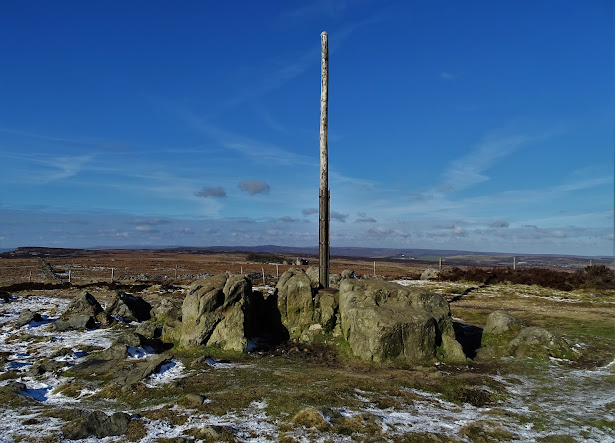 With boots and fingerless gloves on I schlepped* up to Stanage Pole - a lonesome landmark on the moors. Then along an ancient track to Stanage Edge itself. There I turned north because I was heading for the triangulation pillar on High Neb. I could see it white and tiny on the horizon over a mile away.

But there was something else before it  in the moorland vegetation - another flash of whiteness. What could it be? I have been up there many times before and I did not recall another white feature. Whatever it was I resolved to take a picture of it.

However, as I drew closer I realised it was a human being. A black man in white robes looking east. There was nobody else within half a mile of us. I wanted to get closer but I was apprehensive. You see, he was spouting forth the word of The Lord. It was a mish-mash of angry words and biblical references pouring out of him in a torrent. 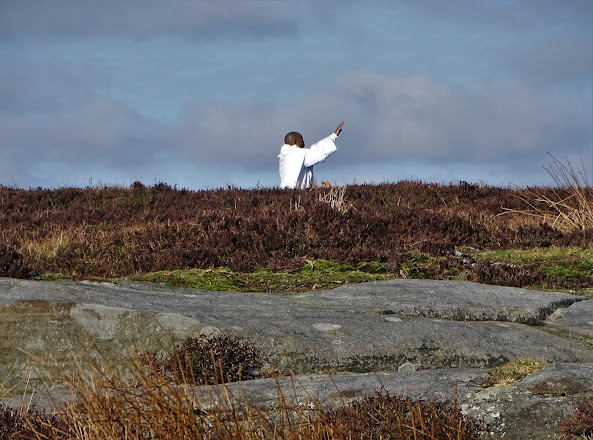 He was unaware of my presence nearby. Perhaps I should have got closer but the one-sided conversation he was having with The Lord seemed fiery, filled with desperation and anger. It was bloody cold up there. Surely he could have been having his chat with The Lord in a nice warm room. Mind you, the neighbours would probably have been banging on the dividing wall yelling, "Why can't you whisper to The Lord?"

I would have said to him: "There's no point imagining that The Lord will hear you better if you just shout louder because he isn't there. In spite of your so-called 'faith', he never was. It was all just a story. And that's the way it is my friend. Sorry to break it to you." 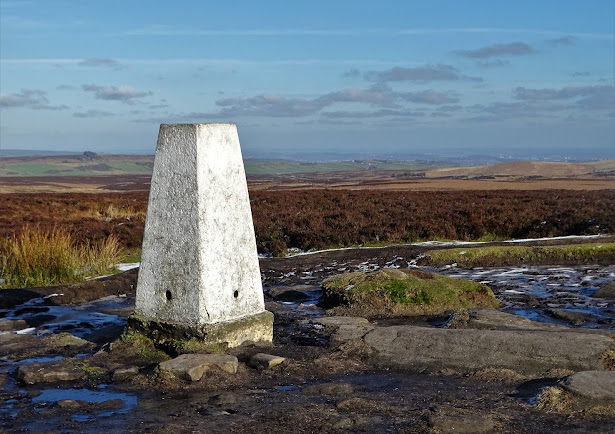 I lingered by the white pillar for a little while and then turned back, reaching Clint two hours after I had set off. He was snoring in his parking place and some small children in bobble hats were pointing at him and laughing.

Last night, I slept soundly then just before nine o'clock I threw back the bedroom curtains to see this unexpected scene:- 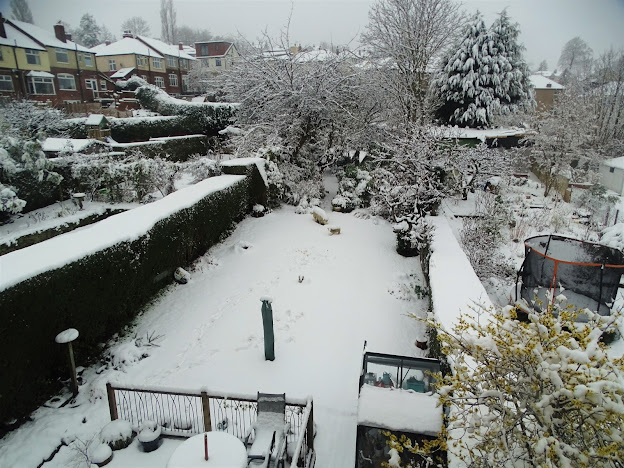 *schlepped  -   If you schlep somewhere you go there with a lot of difficulty or effort.  I thank Steve at "Shadows and Light" for introducing me to the word.