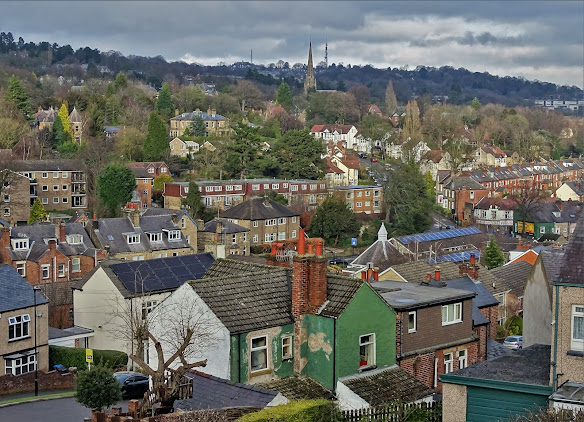 Nether Green, Sheffield looking to Ranmoor
Thanks to everybody who commented on my father's  fading account of an Indian adventure he undertook in 1944. Now I am seriously mulling over the idea of editing and transcribing his original manuscript. I do not feel duty-bound to copy it out verbatim. I will give myself  licence to make judicious alterations and add a little polish to it all. It will take many hours but hey, like everyone else, I have wasted oodles of time during this damned pandemic. There's plenty of time to spare.

Yesterday, after getting my act together - emptying the dishwasher, writing that last blogpost, having a shower and a shave, making a couple of phone calls etcetera - I  was keen to get some exercise so I drove over to the neighbouring suburb of Nether Green and parked Clint on Stumperlowe Park Road.

"Where are you going this time?" he asked as I was putting my boots on.

"Oh just for a mooch round. I will be an hour or so," I smiled, patting his silver roof.

Thirty years ago, we almost bought a house in Nether Green. Our offer was accepted but two months later the deal fell through. The owners had decided to stay put after all! So for us it was back to the drawing board and we ended up buying the house we live in now. 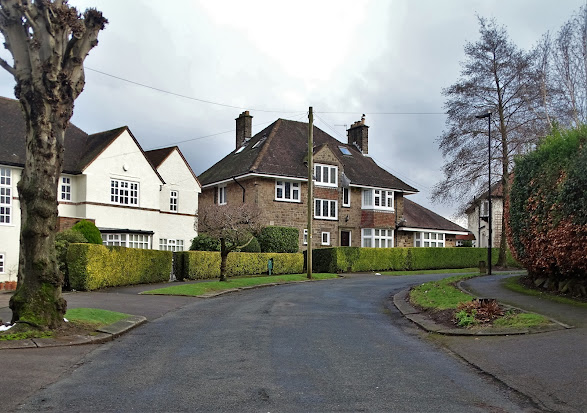 Typical million pound house in Nether Green
I have always liked Nether Green. It is a very pleasant suburb. It has a great pub - "The Rising Sun". Set back from the main road there are a lot of million pound detached houses but there are also terraced streets where less affluent people have made their homes. There's a nice mixture of people and it feels very safe there.

I wandered through the streets taking occasional photographs until I arrived at Christ Church in the adjacent suburb of Fulwood. It was a pretty grey day but dry - not too bad for February.

In the evening I made a nice spaghetti with a cheese sauce I concocted myself and chunks of salmon, chopped mushrooms and green beans. Afterwards, I phoned my brother Robin in the countryside south of Toulouse, France.  It was the occasion of his seventieth birthday and I wanted to send him my best wishes.  Both of us are still going strong after all these years . 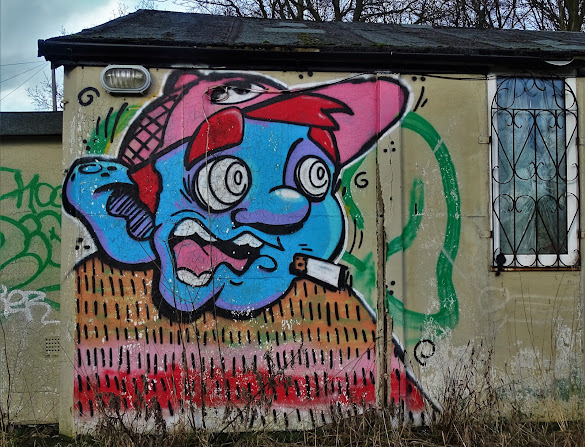 Is it Art?  Behind the disused sports social club at Fulwood
- February 06, 2021