I went for a very familiar walk yesterday afternoon. It involves a short drive out of the city. Once again I parked by the stables at the end of Shorts Lane, donned my boots and set off on my circular route. It takes exactly an hour to do if I keep walking but of course stopping to take pictures lengthens the time involved. See a previous post from March 2015.

It was a lovely, summery afternoon as I set off on the path that leads to Blacka Moor.  Over Blacka Dyke then up Lenny Hill and before too long I am out of the trees and marching in sunshine along Strawberry Lee Lane towards Totley Bents.

I passed two houses at the tiny hamlet of Old Hay that are currently up for sale. I noticed them on "Right Move" last night and the asking price for each of them is £1million (US $1,338,000). Then through the gates to Avenue Farm and along through the meadows to Redcar Brook.

I have never encountered another walker by this stream. There was a sudden flash as a nervous grey heron flapped away. I didn't have my camera out but two minutes later with camera in hand I noticed what at first I thought was a cow on the opposite bank. Biut it wasn't a cow, it was a stag! He was grazing and he hadn't heard me coming. I guess the sound of the babbling water must have  smothered the sound of my footsteps. 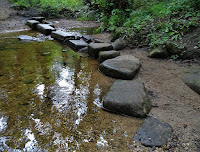 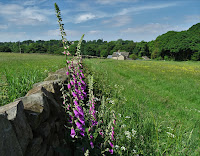 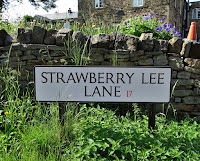 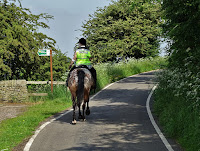 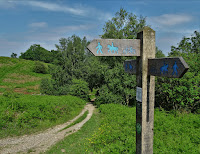 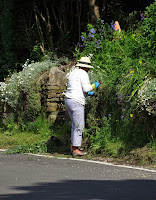 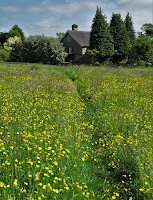 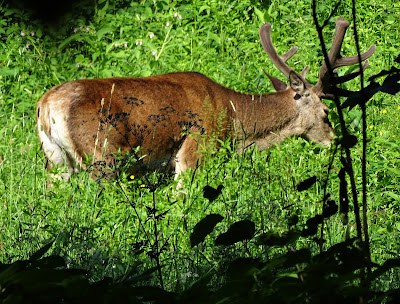 With foliage overhanging it was hard to get a decent picture of this wild beast. I had heard that there were a few red deer up on Blacka Moor but this stag was very close to houses on the edge of Dore village. It was a rare privilege to see him. When he finally noticed me, he ran up the slope and for a brief moment stood at the top like The Monarch of the Glen before darting into the trees.

Soon I am back on Shorts Lane, strolling back to Silver Clint who has been dozing in the shadows having consumed far too much petroleum on his last visit  to the Sainsburys service station. I wish he'd switch to soda water.
- June 06, 2018