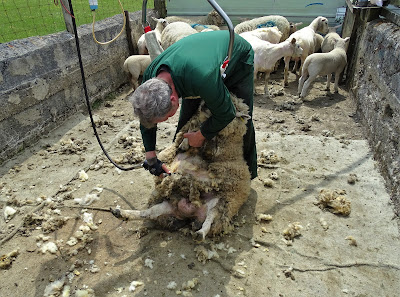 "Virgin territory" - that's how I describe areas where I have not walked or taken pictures for the "Geograph" photo mapping project. These days to reach virgin territory I need to travel far from Sheffield.

And that's how it was on Monday morning. There was a strong possibility of rain showers east, south and north of the city so I headed west. Out across The Peak District towards the High Peak town of Buxton. I aimed to park in the village of Harpur Hill which came into being because of limestone quarrying in the surrounding hills. This utilitarian place sits just north of the national park boundary. Beyond that line almost all quarrying activity is prohibited.

At 11 am my boots were tied and I was off on an eight mile ramble. Up to Countess Cliff Farm and then along a track where I met two men - a father and son who were in the process of shearing a section of their flock. I stopped for a while to talk and they were happy to let me snap a few pictures.

"What's it like in that theer Sheffield then?" asked the younger man as he yanked an uncomplaining ewe into the shearing position. 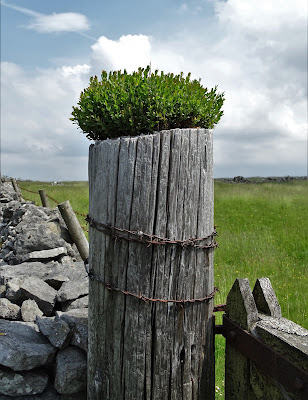 They had lived their entire lives up there surrounded by sheep pastures and limestone workings. While I was mustering awkward adolescents in classrooms they were repairing drystone walls and watching the weather - assisting the lambing process while I marked exercise books at two in the morning. Different lives. 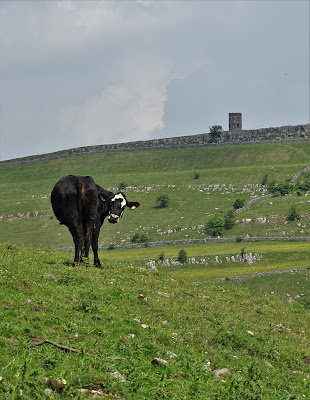 Onwards to the now disused Stanley Moor Reservoir and then on to Turncliff and Thirkelow. It seems that I was in fact circling a big government installation - The Health and Safety Executive Campus where there are laboratories and testing sites for all manner of things and events such as train crashes and explosions.

Then I turned up to the lane that leads to Earl Sterndale. I passed Buxton Raceway - located on the bleak limestone plateau. It's here that speedway meets happen throughout the summer. The stadium is home to The Buxton Hitmen. Their next home fixture is versus Birmingham Brummies on July 8th.
I plodded on towards Hillhead Quarry. There were two parked cars  on the grassy slopes above. Wives of retirement age were sitting in deck chairs chatting while their boyish husbands flew whining model aeroplanes over the landscape.

Then on to Stalker Hill and under a disused railway track on the way back down to Harpur Hill where I stopped at the "News Food and Wine" village store for a pint of milk and a cheese and onion sandwich - all quickly consumed while sitting on a wooden bench outside "Harpur Plaice" fish and chip shop. Clint was waiting patiently for my return. 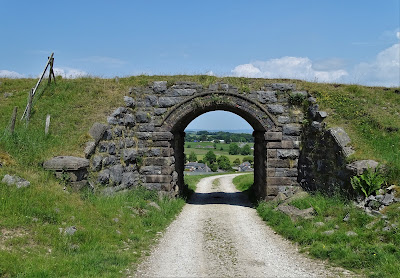 On our way home I stopped on the outskirts of the delightful peakland village of Chelmorton to take a picture of Chelmorton Low where an England football supporter has arranged the  name of our country in limestone rocks upon the green sward. England play their first game against Tunisia next Monday evening at The Volograd Arena. Come on England! Come on! 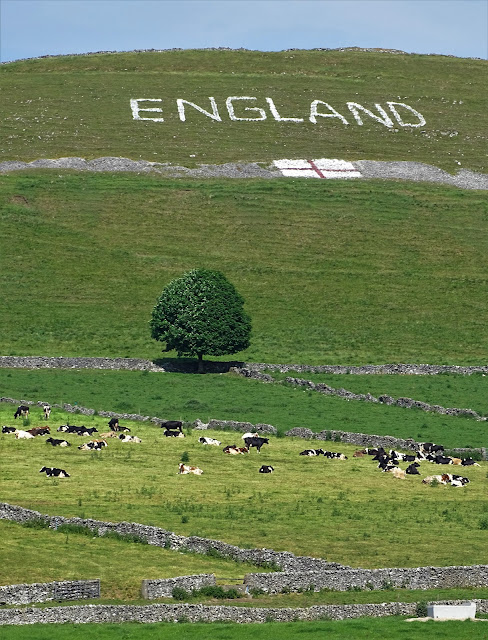