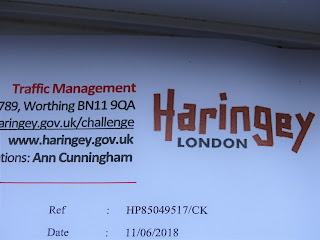 Letter to Haringey Council in London


Re, PCN Number HP85049555
Dear Sir/Madam,
On Thursday April 19th, my wife and I drove down to Wood Green and parked close to our daughter’s flat. She moved into Disraeli Avenue just last month. A few days before our visit she had posted us a parking permit.
She was at work when we arrived and the idea was that we would park our car and then travel into the centre of London by tube in order to attend a family event in Borough  Market
Believing that the permit she had sent us would cover our parking right up to 6.30pm I was startled to note that it was in fact a two hour permit and not an all day permit. Exasperated, my wife and I were talking about the matter when another motorist appeared having overheard some of our conversation.
Very kindly – or so we thought – he offered us his own all day permit which I think he must have used earlier that day. It was such a relief and we left this permit on our dashboard before heading to Wood Green underground station.
We were astonished when, that night,  we discovered a parking ticket on our windscreen. Straight away I deduced that I should not have accepted the other motorist’s kind offer
I am enclosing a letter written by my daughter confirming that we were visiting her – a resident of  Disraeli Avenue.
I hope you will be able to show some compassion and in this instance, having heard about the circumstances consider waiving the parking fine. Up here in Sheffield all parking permits for visitors are for a full day and never just an hour or two hours. That factor also partly explains our mistake.
Yours sincerely, 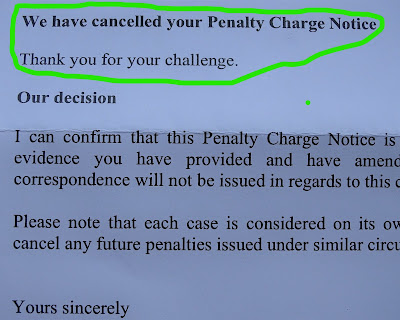 Consequently I do not have to pay the threatened £110 pound fine. Hurrah! And I can place Haringey Council's response in my "V for Victory" files - alongside successes achieved in battles with Georgia State Police (Monroe County), Florida State Police (Franklin County), New Zealand Police (Greymouth) and the  Xercise-4-Less gym in Sheffield. I put all of these victories down to the power of the written word. A well-composed letter can still speak powerfully in one's defence.