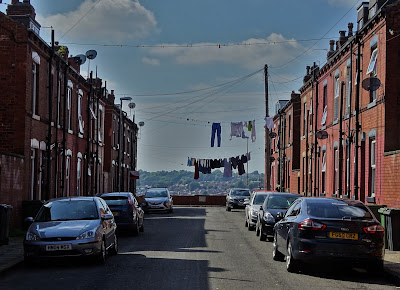 There is another England. Not the England of pomp and ceremony, of Downton Abbey and swans  gliding under overhanging willows, not the England of hedgerows and haystacks or even the England of pop stars and Andrew Lloyd Webber musicals. This is the secret England. The oft-forgotten England of hardship and debt, takeaway meals and poor housing, soap operas on the television and banging on the walls to  tell your neighbours to quieten down.

On Beeston Hill in Leeds, overlooking the Elland Road football stadium that I visited on Thursday evening, there are several rows of Victorian back-to-back housing. Streets such as Noster Place and Marley View. You could visit them on Google Streetview if you were so inclined. 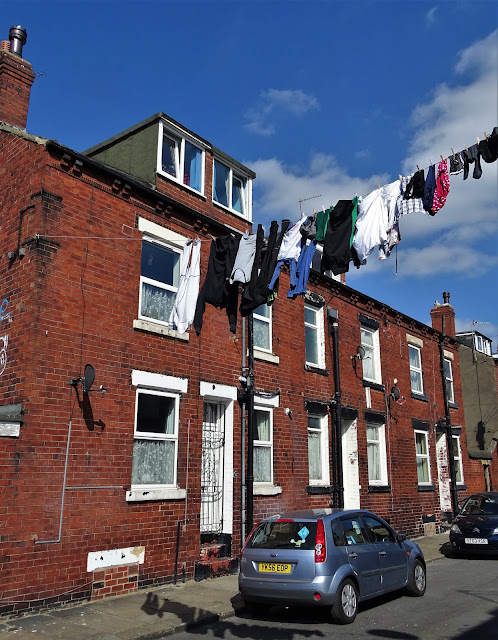 What the back-to-back phenomenon also means is that you have no rear windows and no yard or small garden at the back. Nowadays these houses have internal bathrooms with flushing toilets but when they were first built residents had communal privies that served the entire street. 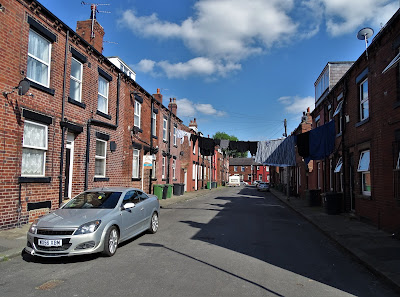 As there are no back yards, drying washing has always been a challenge. Inventively, many housewives learnt to string washing lines across their streets and even now, in 2018 some people still follow this practice. As I walked around Beeston before the England match, I also saw residents sitting outside their front doors enjoying the evening sunshine because of course they couldn't sit outside their non-existent back doors.

Sheffield's back-to-back streets were razed many years ago but Leeds still has plenty of them. They were initially seen as a cheap and profitable way of housing the poor with rents going to either the local council or to private landlords. Even today there are few owner occupiers.

Perhaps next time you think of England with our lambs grazing on hillsides, our biscuit tin lid cottages and our ancient castles, you might also spare a thought for the residents of Leeds's back-to-back streets - both past and present - for this is also England. 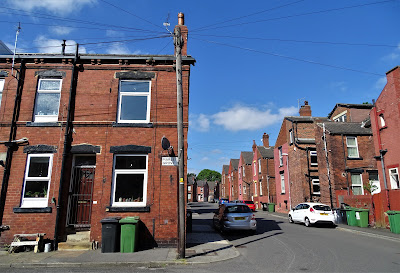