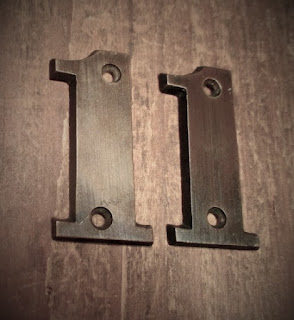 I proceeded up the stairs, one step at a time. I could still see the half-moon through a Victorian stained glass window that depicted shooters on the moor. Ralph said the place was haunted but I didn't believe in ghosts so what the hell was I about to find up here on the first floor of the lodge? Still the insane yelling. Still the thundering feet. My heartbeat pounded madly inside my skull...

I took one step along the polished upper corridor and at the selfsame moment, it was as if an invisible giant hand had clenched the building and shaken it. Something like a violent aftershock following a major earthquake.

As well as the din from upstairs I heard the gang members below panicking hysterically.

"What the hell was that Smithy?"

"How the fuck should I know?"

I took another step along the corridor and there was a correspondent  unnerving aftershock. The thundering of feet - like hooves and the maniacal voices continued, emerging from behind one of those doors. I thought I could hear the jarring notes of violins, rising into the rafters.

"What about him upstairs?"

The lodge's front door slammed. Then car doors slammed. "Get in!" An engine burst into life.  Tyres skidded in gravel. The cowardly rogues were gone speeding off into the night and I was alone in the lonely  moortop lodge or was I?

Another step. The floorboards creaked. No aftershocks now for the entire building was shaking, physically convulsing. The violin strings screamed. The feet thundered and those shrill argumentative voices became interwoven, almost unintelligible. Outside a storm was brewing - complete with sheet lightning.

Lord knows what was drawing me on. Perhaps it was simply a case of "fight or flight". The gang had flown but my instinct was to face up to whatever might be in front of me. To fight.

There were brass numbers on the various doors. A framed painting of a stag was briefly illuminated by the approaching storm. I had reached the door to Room 11. The voices were now deafening. I could hardly stand up. A pane of glass shattered somewhere below and cold air came surging along the corridor.

Tentatively, I reached for the doorknob of Room 11. It was hot so I took my linen handkerchief from my trouser pocket to protect my hand.

Inside it was all "Get off! Get off!" and "Ring a ring a roses!" and snatched words from nursery rhymes and famous speeches and "Stop! Stop! Get back!" and then a woman screaming and the sickening thud, thud, thud of a knife being repeatedly plunged into   a human torso.

And so when I turned the knob I expected to find a bloody murder scene within. As I pushed that whining door open, the volume in the room was abruptly switched off.  The building stopped shaking and in the light of the half moon and distant sheet lighting I saw... nothing, absolute zero. Just an old chair  and a flapping curtain. There was nobody there. No body.

Three weeks later, after many  hours in the local studies section of Sheffield Central Library, I  asked one of the librarians to bring me a particular city council file from the vaults below. And that's how I discovered that in 1918, Stanedge Lodge had become a temporary  asylum for certain returning war veterans - those suffering from severe shellshock. It was a good place to hide these men away from prying eyes or newspapers. After all, they did not fit in with the idea of a glorious victory.

On the very last closely typed sheet I examined there was a reference to a "Top Secret" War Office document. It was titled "Murder of Nurse 31572 - May Pritchard by Inmate 0880395 Collins (Private) at Stanedge Lodge Sanatorium July 14th 1919". It was a light bulb moment in my desperate attempts to understand what the hell had happened that terrible night. 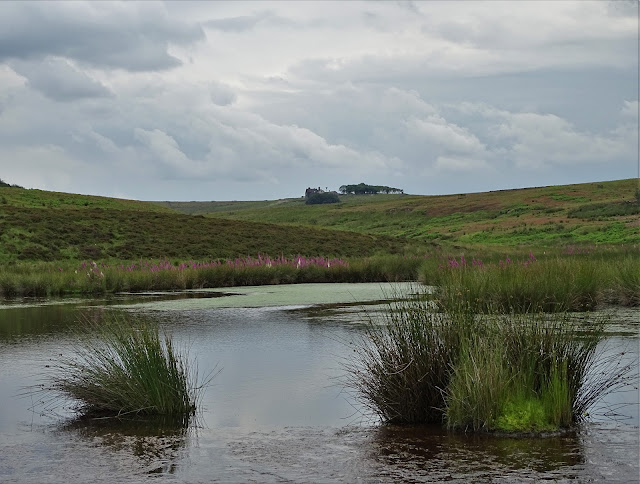