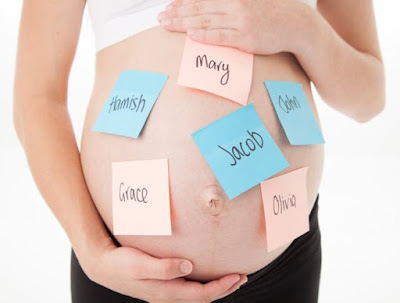 Names fascinate me. Of course, there have always been fashions in naming children. Those fashions rise and fall and speak about the passing march of history mingled with culture. It is a topic I have blogged about before. For example in 2016.

This morning I was lying in bed as per usual listening to the "Today" programme on BBC Radio 4. An item on names suggested that the boy's name Jaxson is on the rise in Great Britain - not Jackson you understand but Jaxson or even Jaxon. With baby girls the name Ariana is shooting up the popularity charts - no doubt aping the Italian-American pop singer Ariana Grande.

You may have heard of two British "celebrities" - David and Victoria Beckham. Those two much-photographed people have, in my view, solid unpretentious first names. If their parents were trying to say anything when choosing those christian names it was all about steadiness and fitting in with the rest of society.

Fast forward to the naming of their four children and we have got Brooklyn, Romeo, Cruz and Harper Seven. What wacky names - at least in my opinion - and what a crazy self-indulgence to saddle children with daft names like that which speak of flimsiness and ephemeral stardom. I much prefer the first names of David Beckham's parents - Ted and Sandra or Victoria Beckham's parents - Jackie and Anthony. They are proper names.

Several of our children's peers have been bearing children recently. A number of them appear to have referred to "The Beckham Book of Silly Names for Children" when picking baby names. I won't give you examples here as I  would not wish to cause any of these young parents offence. After all, they were just going with the flow of modern fashion. However, kudos goes to Richard and Cindy in Perth, Australia who recently named their baby son Alexander William. When she gets married our Frances will be this little boy's auntie for Richard is Stewart's brother. Lucky little Alexander William has a splendid brace of names to accompany him on life's twisting journey.

If any visitors to this blog are looking for an even better name for a baby boy, may I suggest the first name Neil. Neil means "champion" in Gaelic and is a very rugged, masculine name. Well worth consideration but only if the baby is handsome and robust with a fine pair of lungs.
- July 08, 2019