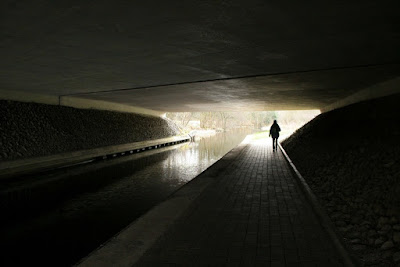 Remember how I won the Geograph picture of the week competition with my image of a Derbyshire sheep? My reward was to pick the following week's winner from a shortlist of fifty and above you can see the image I chose. It was taken by a gentleman called Richard Sutcliffe when he was walking under the M80 motorway in Scotland.. The Forth and Clyde Canal passes under that major road at this point.

It seemed to me that accidentally Richard had produced a picture that might act as a metaphor for the disturbing times we are living through just now. We are in a dark tunnel, walking by a canal but we must reassure ourselves that there is light and there is hope at the end of the tunnel. That is not the afterlife you can see ahead, it is real life and a return to some kind of normality. Let patience be our watchword.

That picture needs a poem to sit upon it. At least that is what I thought, so here it is:- 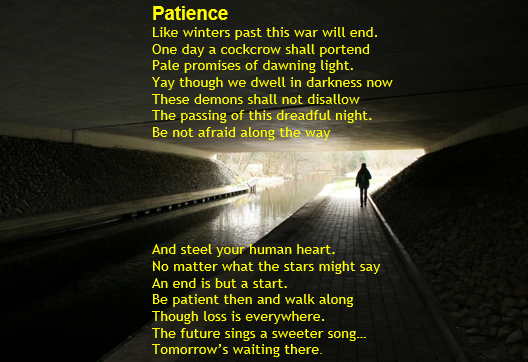