As longtime visitors to this blog may remember, I am an unashamed Americophile. Even the reviled NYC rapper D.J.Trump hasn't changed that. In my life I have visited twenty states and until The Plague came along I was incubating the idea of another visit to "the land of the free". Specifically, I was hoping to undertake a road trip through two of the less visited states - Wyoming and Montana.

When this horrible thing is done I hope my new USA dream will come true. But who knows what international travel will be like when we finally get to "the other side"?

Wyoming is a great big state in the middle of the country. Its total land area is about the same as The British Isles - including Ireland. And yet its population is roughly the same as the city of Sheffield here in Yorkshire - a mere 578,759. It has the lowest population of any state in the union. Wyoming is a land of wide open spaces. Semi-desert in places, much of the western part of the state is dominated by Yellowstone National Park. 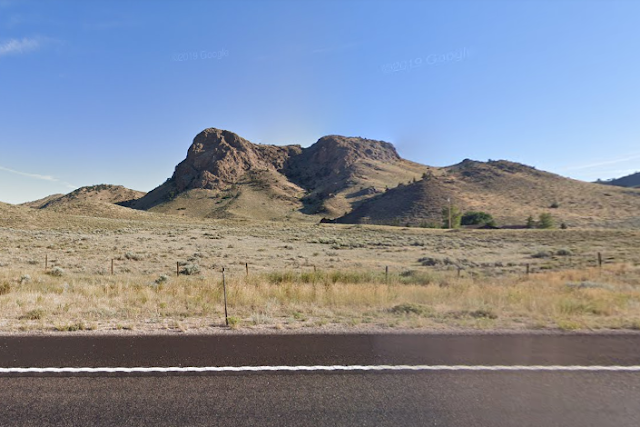 Maybe we would have gone this summer or possibly in September. Maybe we would have flown into Denver and headed north after courteously visiting my virtual sister Donna and her Big Bear hubby. I would have put the car radio on and annoyed Shirley by finding a typical C&W station to help the miles go by. It would have been like driving in a movie.

We'd visit Cheyenne and Casper, Thermopolis and Yellowstone Lake and Cody and Greybull. We'd see mountains and remote ranches and big skies and bison and we'd stay in independent motels or cabins - some of them with their own kitchens. And maybe we would meet a guy called Hank  or  Brad wearing a red MAGA baseball cap and he would have never heard of England and when I said that he spoke English he would insist that he spoke American! And I would not dare to say a thing about the reviled NYC rapper D.J.Trump just in case Hank or Brad was carrying a lethal weapon. 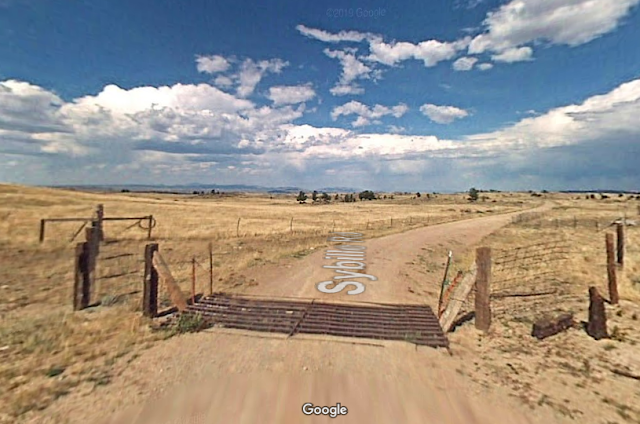 In place of a real life trip I have instead visited Wyoming courtesy of Google Streetview. There was no need to pay for airfares or car hire or accommodation. I went there free of charge. Along the way I snapped a load of pictures and I have selected a few of them to share with you. Welcome to Wyoming.
- April 07, 2020