Yesterday morning, Shirley and I took our permitted exercise in Ecclesall Woods – an area of natural woodland less than half a mile from this house. I made a point of passing by George Yardley’s grave. He was a charcoal burner who tragically burnt to death in his humble woodland cabin on the night of October 11th 1786. Little is known about him so I decided to make up a story… 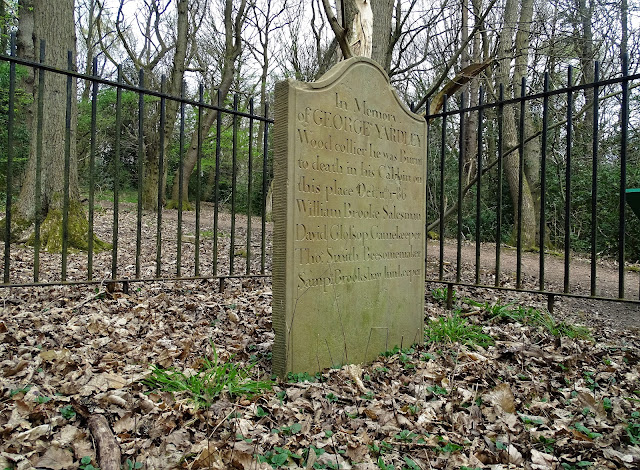 My name is Tom Smith. I was born in the parish of Ecclesall Brierlow, on the southern edge of Sheffield town in t’ year of our lord seventeen hundred and forty two. My father William were a besom maker afore me and twas he as taught me the business of it all and how to make a penny or two to keep t’wolf from t’door.

We had an hovel in t’woods by t’track as leads to Beauchief Abbey an’ that’s where we worked come rain or shine, winter or summer mekkin us besoms or brooms as some calls ‘em. And they were good besoms too. Stout handle of hazel and dry birch twigs bunched at bottom tied tightly wi willow withies. No better besoms were made in all of Hallamshire.

Course we knew some o’them lads – wood colliers I mean – them as made charcoal. On Friday neets me an me old man’d toddle off t’ Rising Sun pub on Abbey Lane afore headin’ home. And over years we got reet friendly wi an old lad called George Yardley. He could tell a story or two and he could sup ale like a ruddy ‘orse he could.

He lived in a cabin int woods, on his own like. Just a short toddle from t’pub. Any money old George got he’d spend on ale or rabbits from gamekeeper Mester Glossop.

Anyway back in 86 , George’d been in Rising Sun till chucking out time. Landlord said he were weavin’ like a sailing boat on t’sea. But that were no different from usual.

It were a chilly autumn neet. Maybe George lit a fire afore retirin’ to his bed. Maybe it were a candle. Nobody knows for sure. But next mornin’ his cabin were burnt to ground. All black an’ smouldering it were.

Me dad and me we were among first at t’ scene. There was nowt you could do. Nowt. George’s body were under t’ burnt roof timbers. Smell were terrible. We left it t’others t’pull the poor devil out.

He were a good lad were George. He allus said that he wanted to be buried where he had lived and worked for nigh on fifty years. So that’s what we did. We buried him there under t’trees - waitin’ for winter snows to cover paths, waitin’ for birdsong to fill t’trees, waitin’ for t’bluebells to come again.

It were Sampson’s notion to get a gravestone for George. We knew a young stone mason from Totley who’d do it cheap like. So that’s what we done and it’s still there to this day. I’d often walk by it when scouring for hazel and think of old George in t’Rising Sun all them years past. 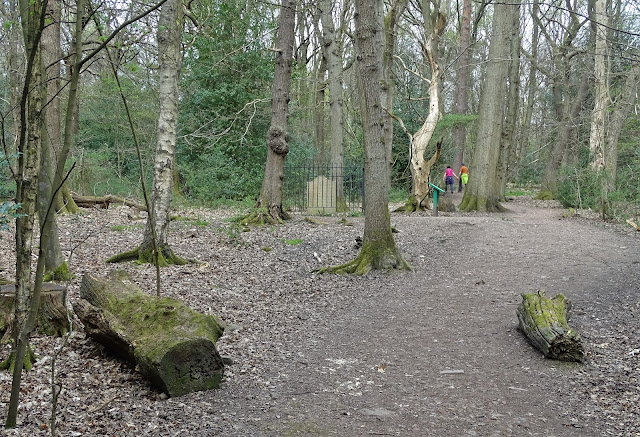