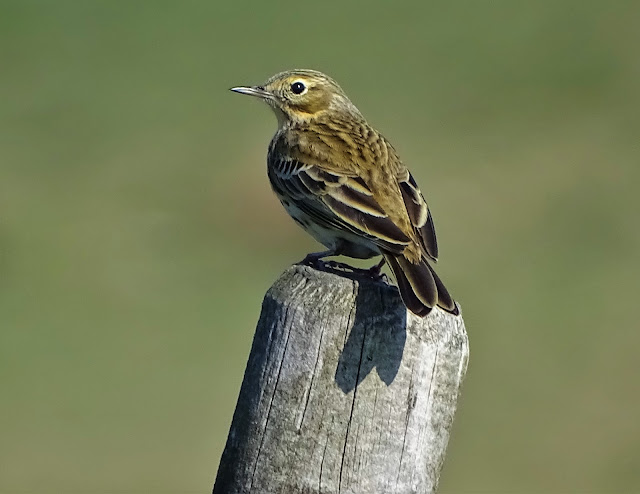 Though I love birds, I am not very good at identifying them.However, when I got home yesterday I swiftly confirmed that the bird pictured above was indeed a meadow pipit (Anthus pratensis). Though the species is in decline, they remain common enough to feature prominently in the natural soundtrack of my moorland walks.

I wasn't far from home. Just a couple of miles away near Brown Hills Farm at Ringinglow. It is a sheep farm with two or three hundred sheep. And yesterday afternoon there were plenty of lambs about, enjoying both the sunshine and their mothers' vigilant protection 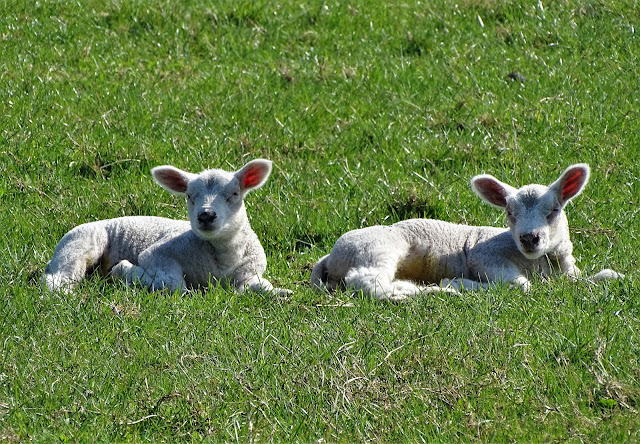 The lamb shown below has already realised that it cannot rely on mother's milk forever. 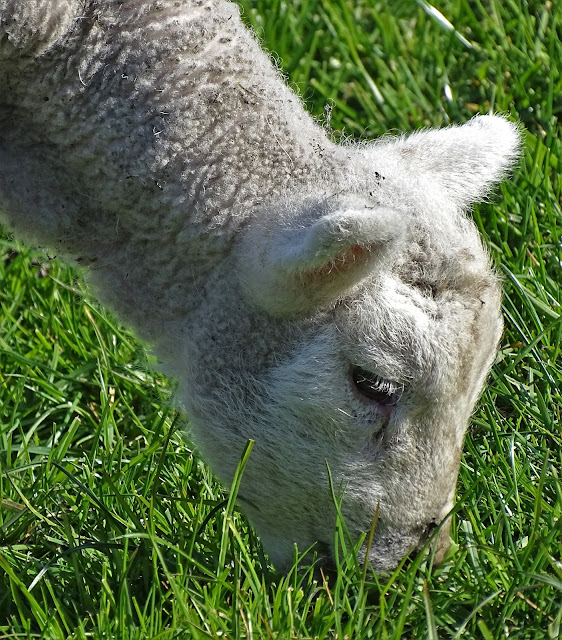 I wandered up Rud Hill with its views of Redmires Reservoirs. On the hillside amid the rocks and the heather there are occasional trees bent by south westerly winds. I took a couple of photographs of one of them then dropped down to it. There in the crook of two bent limbs I spotted this:- 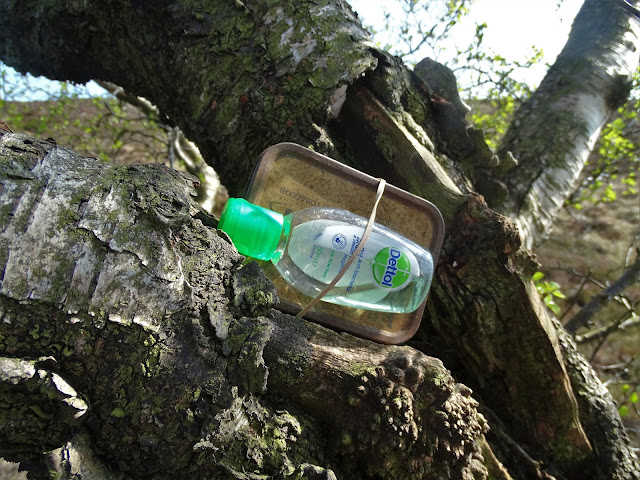 It is an old tobacco tin with hand sanitiser attached. Inside there was a small notebook and a little silver-coloured pen. I flicked through it. Not especially interesting. Perhaps it was all part of a geo-location game but I had stumbled across it by pure accident. It was at least thirty metres from the official path over the moors. Naturally, I wrote something in the notebook - scribbling down the meaning of life for anybody who might be interested.

Finally, here's another picture of the meadow pipit:- 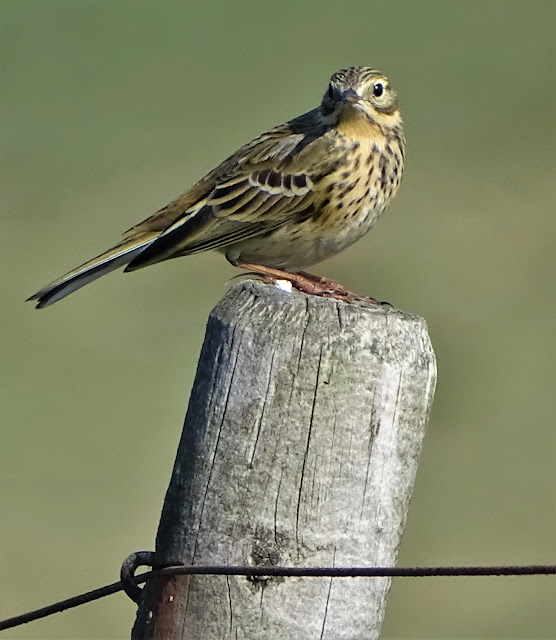