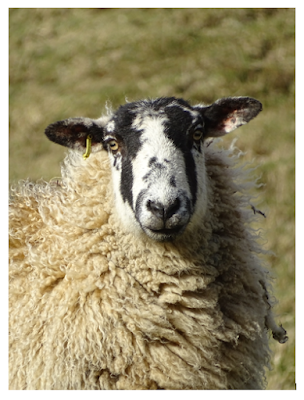 Between March 14th and March 20th, 3224 eligible photographs were submitted to the Geograph website that I have mentioned several times before. It was nice to see that one of my pictures had made the Week 11 shortlist but a couple of days later it wasn't just nice it was uplifting to discover that that image had been selected as the overall Photo of the Week winner! Ring the bells! Bang the drums! Pudding is back on the pedestal!

Last Friday morning, after I had dropped Clint off at the garage for his service and Ministry of Transport test, I walked home via Sheffield's General Cemetery. It is a fascinating place. Some areas are wild and overgrown but the graveyard remains a monument to Victorian England and to a northern steel city that became a world powerhouse in just a hundred years. Here are just three of the pictures I took:-
- April 01, 2020