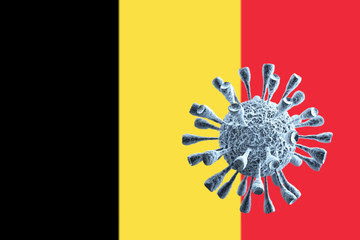 In this terrible pandemic, news services have told us about how COVID 19 has affected China, Italy, France, Spain, the USA and Great Britain but who is talking about Belgium? Yes, Belgium. At this moment in time it is the worst hit country in the world.

Of course there are stories behind all the pandemic statistics. Some countries are better than others at collecting accurate data. While several countries are scrupulous about adding in  deaths in the home or in homes for the elderly, other countries only record hospital deaths.

Behind some of the numbers there is political skulduggery and behind others there is simple incompetence. As a former British prime minister allegedly once said: "There are three kinds of lies - lies, damned lies, and statistics".

Nonetheless, the current numbers about Belgium are possibly correct. The situation may change but here on April 17th it is the worst affected country in the world. Spare a thought for the Belgians, for those who have already gone and the families who grieve.