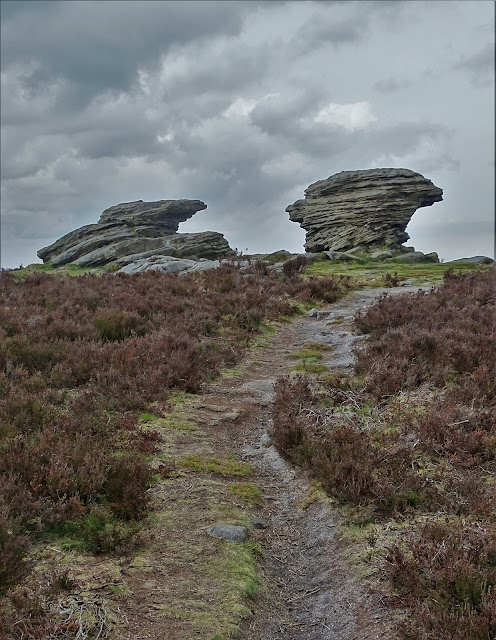 Still within the boundaries of The City of Sheffield, Shirley and I were up on the moors on  the morning of Easter Sunday. We walked along an ancient track called Houndkirk Road, passing an eighteenth century milestone before visiting the site of what was once a moorland farm. Little is left of it - just some gateposts, field boundaries and a foot-worn stone that showed where the farmhouse's doorway would once have been.

Then we walked beside a long estate boundary wall that took us up to The Ox Stones on Burbage Moor. You can see them in the top photograph. They have stood there for thousands of years - long before human beings appeared on the scene. 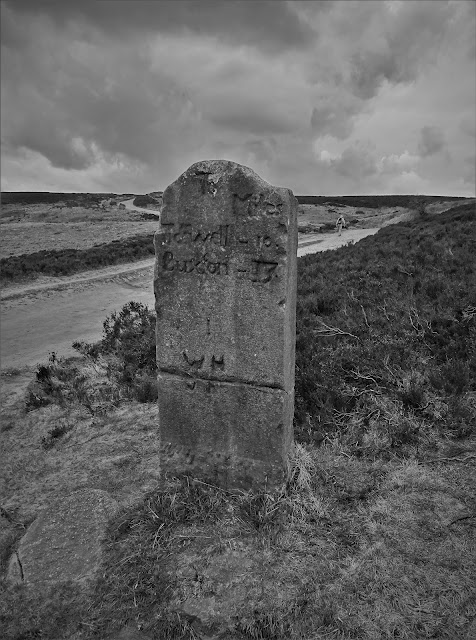 When we got home we enjoyed a beautiful blue sky afternoon - pottering around in the garden. I put a few seed potatoes in the vegetable plot and dug a trench for peas which I enriched with homemade compost and chicken manure pellets.  The grey clouds of the morning - seen in the accompanying pictures - were swept away and  under the baby blue sky we were wishing we had taken our walk a little later in the day.

Since I retired I have cooked nearly all the main meals in our house so it made a pleasant change when Shirley said she would prepare the Sunday dinner. We had topside beef, roasted potatoes, spring cabbage, roasted carrots, Yorkshire puddings and gravy. This was followed by slices of the bramble pie I baked on Saturday - with cream. Later, we watched the Elton John biopic - "Rocket Man" and enjoyed it. I am still fascinated by Elton's fifty year songwriting relationship with Bernie Taupin. 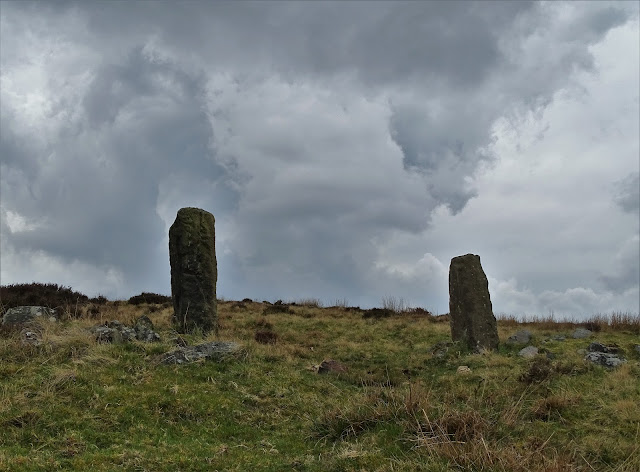