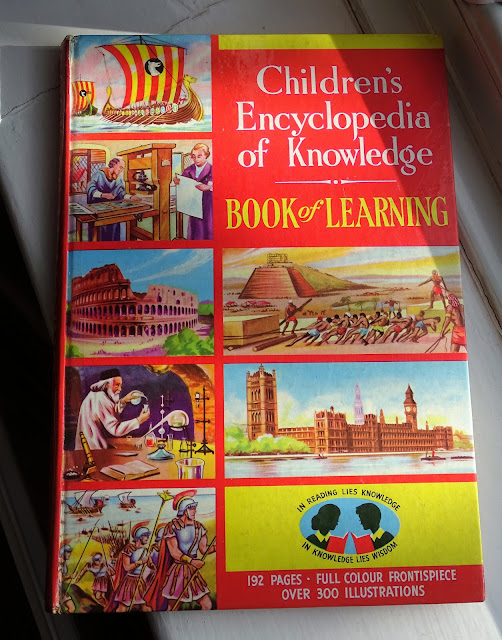 Back in the sixties the British tea company Brooke Bond sponsored an educational awards programme that was open to every school in the land. Book prizes were given for art, essay writing, handwriting and other skills that I don't recall. 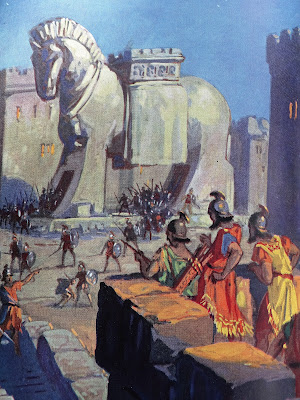 However, what I do remember is that I won two first prizes. In 1964 I won the school prize for handwriting and became the proud recipient of the "Children's Encyclopedia - Book of Learning" (see the top picture). That book has travelled with me all my life and it still sits on a book shelf in our house. The illustrations within are almost all in black and white though for some reason the frontispiece is a coloured painting of The Trojan Horse. Who could tell what was within? Rather like other people's heads.

Inside the front cover a prize label was stuck - presumably by Brooke Bond staff - declaring my happy success. I had nice handwriting when I was ten years old - partly testament to the great store my village primary school placed on neat handwriting. We had daily copperplate writing sessions. My handwriting is not as neat these days. Like everybody else, I have found there's less need for handwriting these days. The keyboard has taken over.

The contents of that prize book appear to be biased towards ancient civilisations. There's a whole chapter on Easter Island. Perhaps that was the seed of the idea that eventually took me to Easter Island forty five years later.

There's even a picture of an Easter Island "bird man" on a stone but the reference to "the Polynesian religion" is lazy. There was never a single "religion" in the countless Polynesian island communities that spread across the vastness of The Pacific Ocean. 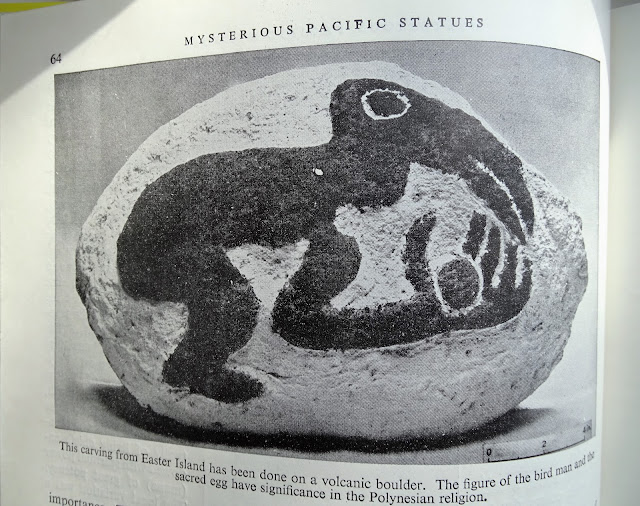 In 1965, I won another first prize - this time for Art. I received the "New National Dictionary" this time. There it is below, still with me but battered through use. I had it by my side throughout my grammar school and university years. The pages are now yellowing and it smells fusty as if it has been in the vaults of a museum for decades. 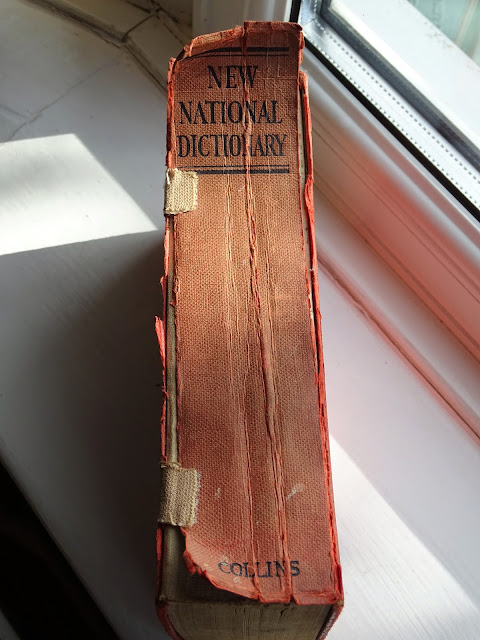 As you can imagine, many words are absent from  that dictionary, including the word "computer" and back then - in 1965 - the word "gay" meant "lively, merry, light-hearted". Apparently, there was no such being as a "transsexual" and I kid you not - one of the meanings of "trump" was "to impose upon; to deceive" and "trumpery" was defined as "anything showy but of little value; rubbish". 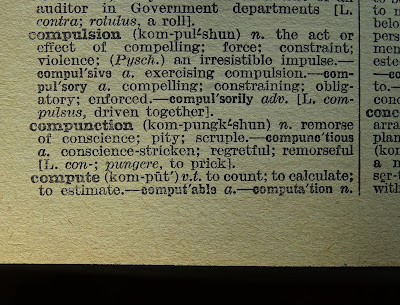 How could I throw these books away? They have been with me for more than half a century. Travelling companions on the road to nowhere. On the days that I received them, how could I have foreseen that they would still be with me when I reached the foothills of old age?  Here are the prize labels:- 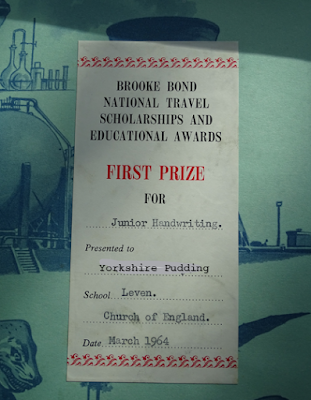 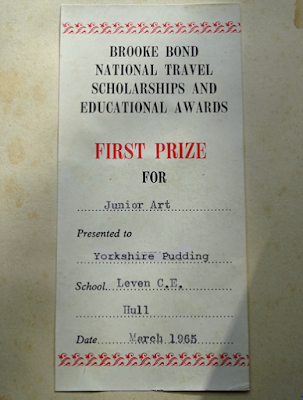