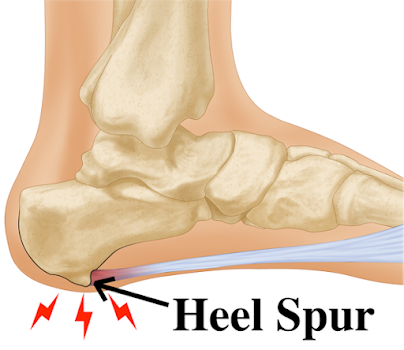 In the summer of 1968, The Vietnam War was reaching its bloodiest phase. Young and healthy American men were being called up in their thousands - drafted into military service. When the final arithmetic was done after the war, it was determined that over 58,000 had died. Many more bore injuries both mental and physical that would affect them for the rest of their lives.

But this was not an issue for Donald J.Trump. As a student at The Wharton Business School in The University of Pennsylvania, Trump had been able to defer the draft on four previous occasions but in the summer of 1968 he graduated and so the old excuse he had used was no longer valid. Instead, supported by his father, Trump claimed that he was suffering from bone spurs and should not be enlisted on medical grounds.

It worked. But the truth of the matter is that he never suffered from bone spurs. It was all made-up. Perhaps it was fear or a self-preservation instinct but Trump was not prepared to fight for his country. Like many other rich kids he dodged the draft - plain and simple. Trump's peers at The University of Pennsylvania hardly remember him and it is clear that he lit up no lights with his modest academic performance.

The family of the doctor, who provided Trump with a letter to obtain the medical deferment, stated that their father, a podiatrist, often told them that he issued the letter as a favour to Trump’s father. At that time, Trump’s father was the landlord of the podiatrist’s office building.
I recognise that nearly all of the above will be familiar to well-informed Americans. It will come as no surprise to discover that what Trump said he was and what he did is invariably at odds with  historical reality. He is what in this country we used to call a romancer. Truth isn't top of his agenda and it never has been.
What I find quite flabbergasting is how a blatant and unashamed draft dodger could ever consider running for the highest office in America. In his position how could he even consider running to be mayor in some hick town in The Mid West. Wouldn't it be an automatic insult to all those boys who came home in body bags? And what about Trump's core supporters in their "MAGA" caps and pick-up trucks, how can they still cling blindly to their draft dodging hero? What could be more un-American than refusing to fight for your country?
By the way, as far as I can deduce, having a heel spur must be a rather painful condition  but Trump never had one. He was athletic and as fit as a butcher's dog when he was twenty two years old. The truth is that he just didn't want to go to Vietnam.
- August 12, 2022