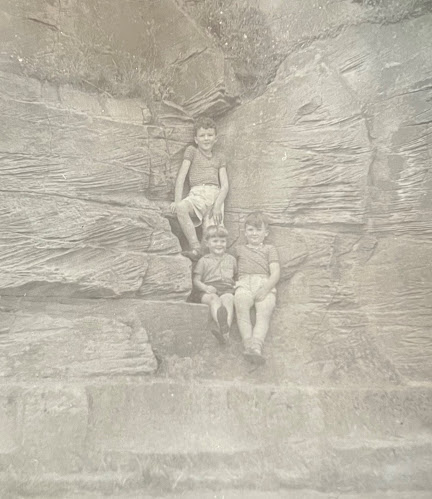 In the detritus left at Simon's cottage, I found this overexposed photograph. "Overexposure is the result of too much light hitting the film.. Overexposed photos are too bright, have very little detail in their highlights, and appear washed out."
I have no idea where my father snapped this picture of his three oldest sons but I suspect that it was at a quarry - perhaps a coastal quarry down in Cornwall. It is clearly summertime because we are all wearing shorts.
I am the smallest boy in the photo. My little brother Simon may have still been a baby or perhaps a toddler.  I estimate that the picture was taken in August 1958 when I would have been four  years old.
My son Ian saw the picture a couple of hours before the funeral. He has grown up with mobile phones and his smartphones have been like essential extra limbs for years.  He  snapped the overexposed picture with his new i-phone. Then using the built-in editing facility he was quickly able to resurrect the image. It was like a magic trick. And here we are - Shazzam! 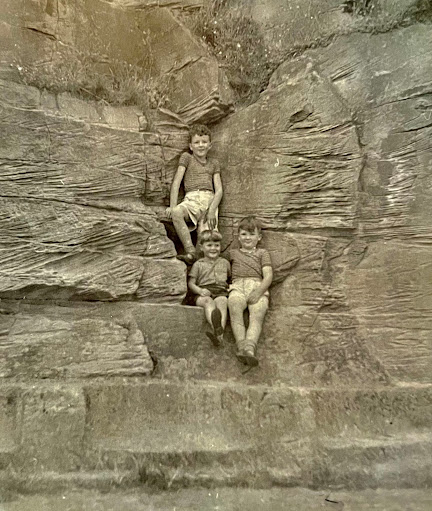 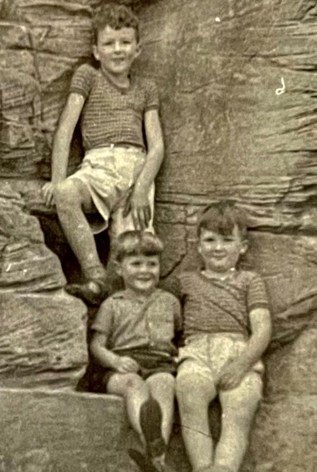