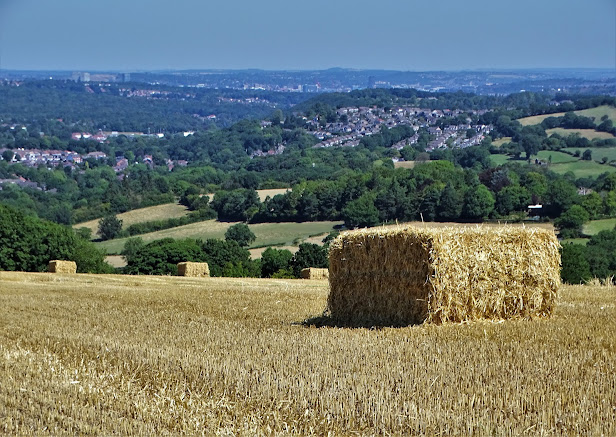 It was significantly hotter today than it was on Tuesday when I walked on the moors above Buxton. However,  I was determined to have another nice walk in the countryside. After all, as Noel Coward once sang, "Mad dogs and Englishmen go out in the midday sun".

Young Clint and I did not travel far - just three or four miles to a long, straggly village to the south of Sheffield called Holmesfield. I abandoned Clint by a farm entrance after cracking all his windows open a little.

Naturally, I ignored him and two or three minutes later I snapped the shot revealed exclusively at the top of this blogpost. I was looking over a harvested field to Sheffield's southern suburbs and beyond.

From Fanshawe Gate Road, I headed up a kind of arboreal tunnel  that is in reality a bridle path for horse riders. It ran for half a mile or more. So cool and shady that I removed my sun hat for a while. I did not encounter a single horse and rider. 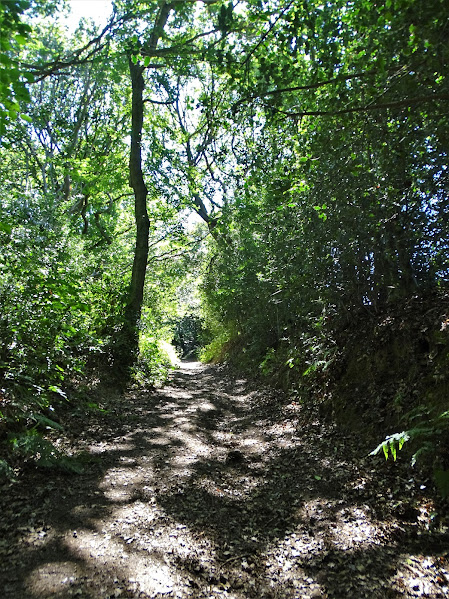 More secret lanes and ancient pathways led me down the valleyside passing a flock of sheltering sheep and over-heated cows seeking whatever shade they could find. There were no other walkers out and about.

Now I am not one of those walkers who habitually factors in a pub stop. Usually I am happy enough with cold water from a flask. Besides, pub stops mean lost time. However, today I made an exception.  "The Royal Oak" at Millthorpe was open so I decided to stop for a beer shandy and a packet of Yorkshire crisps (American: chips). These I happily consumed in the pub's shady beer garden before heading back up the valleyside along  different paths. 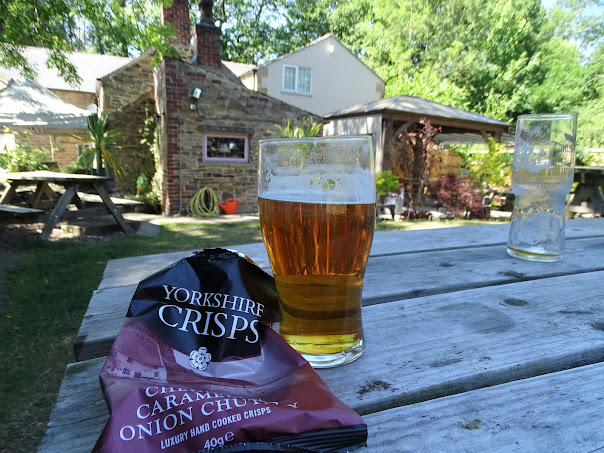 Oh Lord, I was weary slogging up that valley. The pastures were so dry for farm animals and horses but I spotted this young cow grazing away from the herd. Grass really isn't growing now. I haven't had to mow our back lawn in weeks. There can't be much nutrition in that field. In a normal English summer,the grass would be well-watered and verdant, filled with goodness. 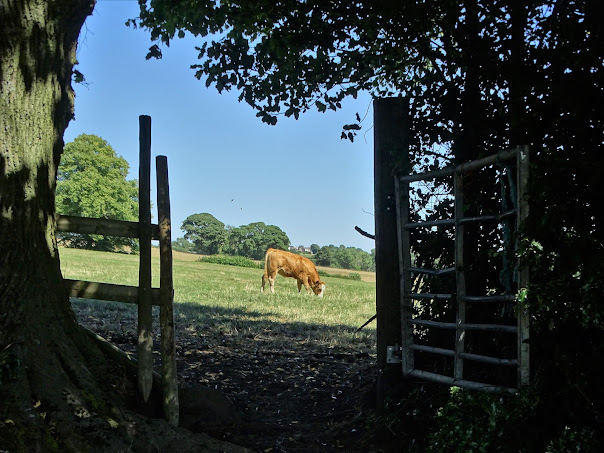 It was a relief to get back to Clint and settle into his stifling cockpit once more before before heading home. Chocks away!
- August 11, 2022