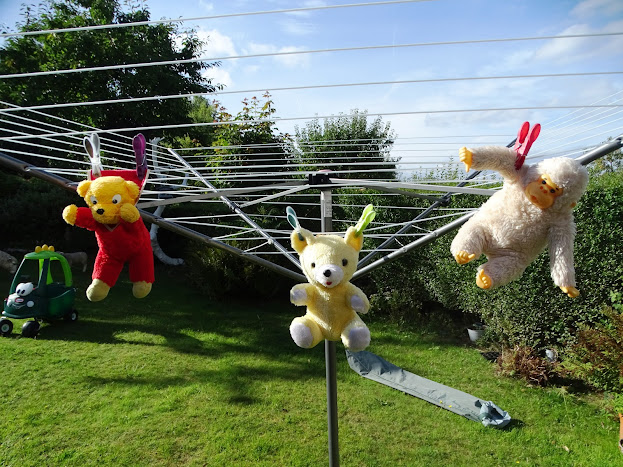 This house is bulging with stuff. We really should cull some of it. A lot of it. Every cupboard, every drawer, the attic, the underhouse area. So much stuff and though we tried to be ruthless, we brought some more stuff back from Simon's cottage. Stuff upon stuff.

Today Shirley was up in the attic for some reason and came back down the ladder with three cuddly toys that were loved by our son Ian when he was little. He will be thirty eight years old  next Saturday. 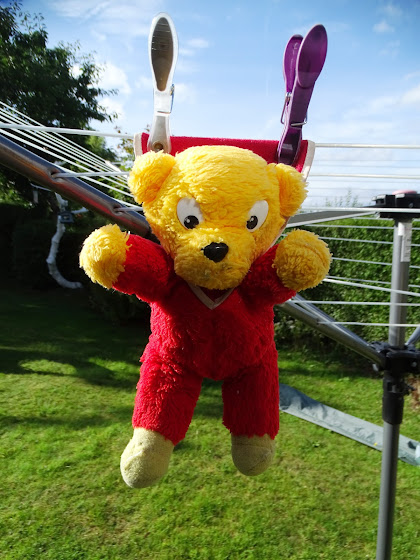 Why the hell did we hang on to his Superted, his yellow bear and his albino gorilla? We must be mad.

They had become rather grubby after thirty five years in the attic so earlier today Shirley washed them. Hand wash in the sink first then fifteen minutes in the washing machine before they ended up hanging from the rotary washing line. 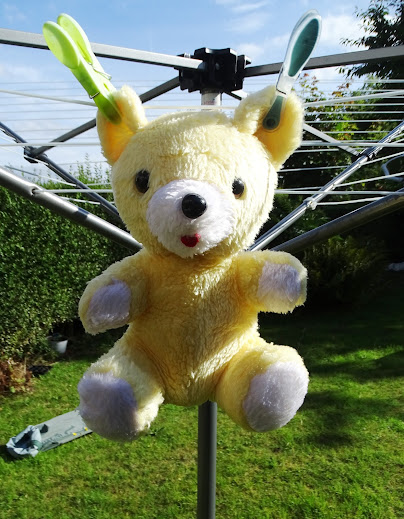 I looked out of the kitchen window and saw them hanging there in the sunshine. Time to take photographs.

I am sure that I could have made a story up  about how three cuddly toys ended up hanging from a washing line. Instead I am just sharing their photos with a reminder to be more minimalist and more ruthless. We cannot hang on to everything. We must let things go.

I guess that Ian's cuddly toys will end up with Phoebe who already has plenty of her own. And so the cycle continues. Stuff. 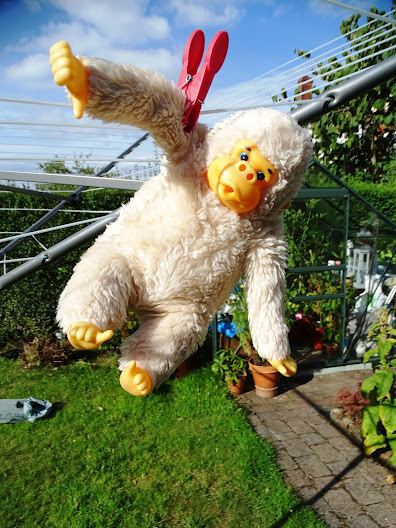